Joe Biden’s VP Pick: Reporters Scramble To Get A Scoop That Carries High Risk and Reward 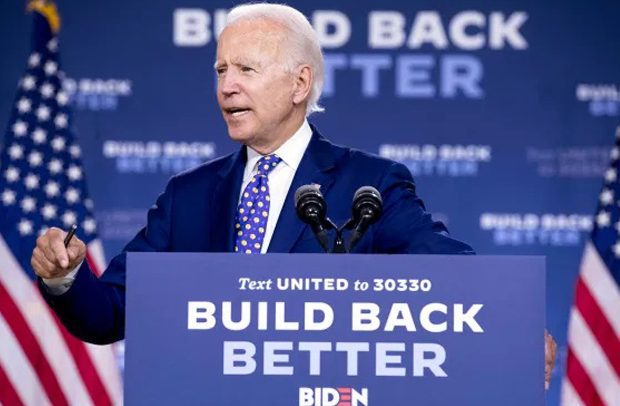 Joe Biden is expected to announce his choice of running mate any day now, which means that political journalists are scrambling to find any piece of insider information or, better yet, the scoop on his choice.

But amid the frenzy of speculation as to who he will pick, and a dose of politicking among donors and delegates for their chosen favorite, are the inherent risks in breaking the story — as in, you better be pretty damn sure.

And perhaps even more so than in previous cycles, Biden’s decision-making process is being held close to the vest to family members and a circle of longtime advisers. Over the past week, the speculation has been running rampant that his choice has come down to Kamala Harris and Susan Rice, Karen Bass and Tammy Duckworth. Then VP watchers got thrown for a bit of a loop on Friday, when the Associated Press, citing flight records and other sources, reported that Gretchen Whitmer, the governor of Michigan, visited Biden last weekend.

On top of all this is the coronavirus pandemic, which has made the VP process a bit more opaque for reporters than it usually is, limiting stakeouts and in-person sourcing.

Andrea Mitchell, MSNBC anchor and NBC News chief foreign affairs correspondent, said that trying to report on the VP search, or get the scoop, “is always tricky because you can never fully know what the principal is thinking.”

“In this case we pretty much know who would likely be in the room, but I certainly say that Jill Biden, Dr. Biden has more influence than anyone on her husband,” she said. “And ultimately it is up to Joe Biden, and he trusts his gut. I think if given a his choice would want a Joe Biden to be vice president because he has had that job for eight years. He wants someone who does for him what he believes he did for Barack Obama — loyalty, trust experience, ready to take over.”

She said that any story requires being extra careful, but “on something like this you really have to be absolutely sure. You have to know that the nominee made the decision, that he has informed the person chosen and that he has informed those not chosen.” Then it’s critical to be confident that your source has first-hand knowledge of it, she said. “It is not worth the risk without having those conditions having been met.” Even then, any scoop will require running it by other top anchors and correspondents and the president of the news division before going with it, she said.

“On one level, the pursuit of the running mate is a reporting contest, but at a deeper level, it is a huge moment for Biden’s campaign,” said Robert Costa, moderator and managing editor of Washington Week and national political reporter for The Washington Post. “It’s the ultimate revealing decision of his candidacy. So as much as the reporting can sometimes trend towards speculation, it is an important moment to cover and to cover well.”

He added, “Everyone wants to scoop. Everyone is working their Democratic sources, day in and day out, to try to figure out tidbits that would lead you closer to the goal, whether it is a formal interview, a conversation with the campaign.”

Mitchell broke the story in 1988 that George H.W. Bush picked Dan Quayle as his running mate, and then in 2004 that John Kerry selected John Edwards.

In the latter case, Mitchell recalls that it was on a July 4 weekend, and “our team was working around the clock on it, from the president of NBC News down, we were all looking for strands, down to who had chartered planes and might be painting the side of a plane with a name…People were looking for who was printing posters. It was high tension, big pressure.”

She said that on Sunday night, she finally nailed that it would be Edwards, but they needed a second source. “On anything, we’re going to be right than first, and this, with the exposure it gets.”

They waited overnight for hours until they got the second source, “and I was really grateful we did.” In her office, she said, is a framed reminder of how a scoop can all go wrong: The front page of the New York Post at the time: “Kerry’s choice: Dem picks Gephardt as VP candidate.”

“It’s a dangerous game,” said Mark Lukasiewicz, who at the time was at NBC News as senior vice president of specials. Now the dean of the Lawerence Herbert School of Communication at Hoftra University, he said that the risk is “you will end up with egg on your face, but for a lot of political journalists it is kind of an irresistible story.”

Costa said that in 2012, he was told by someone close to Mitt Romney that he was picking Paul Ryan, and “go with it, and I had the scoop.”

“But it was one source, and I decided not to go with it at the time, because it was one source and you have to be so careful. These things are so fluid, the discussions are fluid. You don’t really know unless you have spoken to Romney himself or this time Biden himself, where they’re actually going to go. And you can’t always trust if sources are fully read into the decision.”

He added, “It’s such a personal decision, reporters have to be so careful, and that’s why you don’t see people leaning into this too much.”

He did get some insight last week when he interviewed Duckworth last week for a Washington Post Live chat. She revealed that she had been interviewed by the campaign.

“And that to me was kind of a breakthrough in trying to trudge closer and closer this scoop. But it’s hyper-competitive, and the thing about the vice presidential reporting, is that I always approach it with caution and care.”

That may be especially true in talking to party donors and top supporters, who may be talking to sources who also have their own preferred choices and agenda, even more so this cycle.

David Axelrod, senior adviser to President Barack Obama, tweeted on Friday, “I can’t remember any VP selection process where so much oppo research has been dumped. If I were @JoeBiden, looking for a good and loyal partner, that should be a source of concern.”

Mathew Littman, Los Angeles political consultant and former Biden speechwriter, attributes the tension to the pandemic and the worries among Democratic activists about beating Trump. “There is angst on every level,” he said. “Having a lot of time on your hands, being at home, brings up a lot of anxiety.”

Last week, after Politico reported that one of the figures helping to lead the VP selection process, former senator Chris Dodd (and former chairman of the MPAA) expressed concerns over Harris’ loyalty, there was an almost immediate pushback from her supporters.

Sources said California’s lieutenant governor Eleni Kounalakis even led a call with a number of Harris’s supporters, including Secretary of State Alex Padilla, San Francisco Mayor London Breed and Chad Griffin, the former president of the Human Rights Campaign, as well as industry figures like CAA’s Bryan Lourd and NBCUniversal’s Jeff Shell. Harris was a favorite of Hollywood’s donor base in the early stages of her presidential campaign, and Shell hosted her first major industry event.

Bass, meanwhile, has her own share of fervent supporters. More than 300 delegates to the Democratic convention signed on to a statement supporting her, Politico reported, including Dolores Huerta, the civil rights and labor activist. Her boosters say that she not only has strong progressive credentials, but for trying to build coalitions and consensus.

Former California governor Arnold Schwarzenegger, who worked with Bass when she was speaker of the state assembly, praised her in an interview with Fox 11, calling her “a trustworthy person, she kept her word, she was great to work with, she went beyond ideology, she was able to reach over across the aisle.”

Yet as Bass’ star rose last week, so too did negative stories emerged, including a 2010 clip of her the Church of Scientology and further reporting on her work in Cuba in the 1970s.

Duckworth also has been praised in top donor circles, particularly after defense of impeachment witness Alexander Vindman’s and her response to attacks from Tucker Carlson. Some industry donors also hold out hope for Elizabeth Warren, who draw substantial industry support for her bid, but there is some recognition that she may not be among the finalists.

With pundits, the media and donors sizing up and speculating about the field, in a campaign “you just ignore them and move ahead,” said Bob Shrum, the director of the USC Dornsife Center for the Political Future, who was senior adviser to the Gore-Lieberman campaign in 2000 and the Kerry-Edwards campaign in 2004.

Shrum said that ultimately, the true knowledge lies with a candidate and his or her spouse, until advisers are informed. He said that Biden’s campaign likely did not take a meeting with Harris’ supporters “because it was likely to shape their recommendations or choice, but because allies in California wanted to be heard.”

The word “ally” has popped up a bit in reporting in recent weeks, Costa said, “because a lot of times stuff is not coming from a campaign per se. It’s not coming from the Biden people. But it is coming from allies of Vice President Biden, people who have supported his campaign.

“When you start seeing that word ally in stories, you know people are casting a wide net, because there are only a few people on the Biden campaign, probably a hundred people, maybe a couple hundred people directly involved,” he said. “But the orbit of allies is thousands strong, and they all think they have some in in the campaign. And sometimes these allies will have their own horse in the race, and they will be floating positive stories about their contender and negative stories about another.”

That is why reporters can’t get too swept up into the conventional wisdom, Costa said, and that is at a fever pitch right now.

The coronavirus has limited much in-person interaction at all between reporters and campaign advisers, at a cost of catching a senior officials for a pull aside on the campaign trail and the opportunity to “hear a whisper or two about what is happening,” Costa said.

“You just got to work the phones as much as possible. Stakeouts are impossible. Vice President Biden could easily be doing everything by Skype or Zoom,” Costa said. “It’s not like we can stake those out. So it has lost a little bit of the magic this time around.”

The pandemic also has put things in a bit of perspective. If an outlet does break the story of the VP pick, it will certainly be a feather in a cap, and show up for years in a reporter’s bio, but “it’s not the most critical thing at all,” Mitchell said, even more so this year, as the virus and the country’s racial reckoning dominates many news cycles.

“Much more important is how we, day to day, 24/7 on all of our networks are covering the most important story of our generation, of decades, of the century,” she said. “A global pandemic robbing people of their life, their health, their family life, their jobs, their source of income, destroying the economy.”

She added, “There are so many big things to cover, this is a blip.”

Getting it wrong, though, does tend to linger in memory longer than getting it right. Shrum said of the 2004 snafu, “Where in the world Rupert Murdoch got the idea that it was Gephardt, who knows?” Then, noting how the race came down to midwestern Ohio, Shrum added, “In retrospect, he might have been a better choice.”