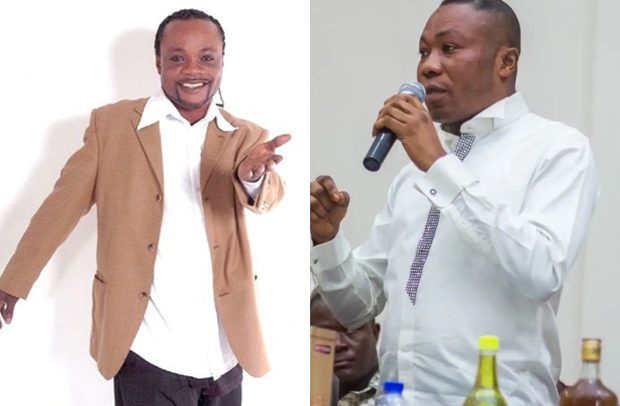 Boss of Joy Industries, Herbal Dr Manfred Takyi, otherwise known as Jaydee, has called out legendary musician, Daddy Lumba and asked him to bring back a customised Tundra vehicle he gave him.

This is in addition to the amount of money he gave the musician for shows, he allegedly failed to perform.

In a video in circulation on social media, Jaydee alleged Lumba is among several Ghanaian celebrities who turned their backs on his company after supporting them.

“When you introduce your brand and tell them to post on their social media pages, they will tell you to sign a contract with them. Those times we had over twenty artists on one platform, yes. Many of them owe us.

“Even Daddy Lumba owes us. The money we gave Daddy Lumba and also customised a Tundra for him. Tell him to return our car. He had shows at which he was supposed to perform but failed to do so, not even half the show. Our money and car are with him. Today, they have turned their backs on us,” he alleged.

He further alleged that there was a time when many celebrities were in crisis, and he stepped in to put together a show to support them financially. However, when he needed them to promote his brands, they requested a contract.

“Some of the celebrities we have helped in Ghana are here. I am not saying this without any backing. We helped a lot of celebrities when they were in crisis, but none of them has spoken about it and we live for it.
“Yes, I am saying this with all seriousness. When some celebrities had their market go down. Joy industries as a company, as a corporate entity, had them on so many shows, but today, there is a serious economic hardship worldwide,” he added.

Lumba is yet to react to the allegation as efforts to get a response from him on Monday proved futile.