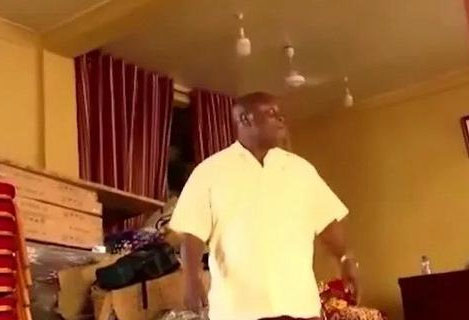 The Office of the Special Prosecutor has charged Alexander Kwabena Sarfo-Kantanka, the Juaben Chairman of the New Patriotic Party (NPP), for financially influencing the conduct of an election for his nomination as the Chief Executive of the Juaben Municipal Assembly.

Mr. Sarfo-Kantanka has been charged with 26 counts of corruption in respect of the conduct of election of his nomination which he lost.

The accused was nominated by President Nana Akufo-Addo in July 2021, as the Chief Executive of the Juaben Municipal Assembly in the Ashanti Region.

The accused allegedly paid an amount of GH¢5,000 each to the assembly members in a bid to influence them to vote and confirm him for the position. He also gave the government appointed members of the assembly GH¢2,500 each for the same purpose.

He, however, failed to secure the needed votes as he was rejected by the assembly members, who despite the bribe failed to confirm him.

Mr. Sarfo-Kantanka was however, renominated by the President for the position, but he once again failed to secure the needed votes for his confirmation.

This did not go down well with the NPP Chairman, who was seen on video venting at the assembly members and demanding a refund of the monies.

He has now been charged with the offence of corruption in respect of a public election by the Office of the Special Prosecutor.

Per the brief facts of the case, the Special Prosecutor says he will be adducing evidence that “in September 2021, before the confirmation or otherwise of the Accused by a public election, the Accused visited the members of the Juaben Municipal Assembly in Juaben; and he gifted the elected members of the Assembly five thousand cedis (GH¢5,000.00) each, and he also gifted the Government appointed members two thousand, five hundred cedis (GH¢2,500.00) each, to influence their conduct in the performance of their duty as voters in respect of the election in his favour.”

The facts further state that, “Whereupon, the Accused, utterly disappointed at the turn of events that his gifting of valuable consideration to the members of the Assembly to influence their vote in his favour had gone awry, went berserk and vented his wrath on the members of the Assembly and he angrily demanded a refund of the amounts of money he had gifted to them.”

The facts say the “irate” conduct of Mr. Sarfo-Kantanka, was audio-visually recorded; and the recording went viral on social media platforms.

“The Accused admitted gifting the indicated sums of money to the respective categories of the members of the Assembly to influence the outcome of the elections in his favour,” the fact sheet added.

My Wife Is Gone Back To Europe- Patapaa Denies Divorce