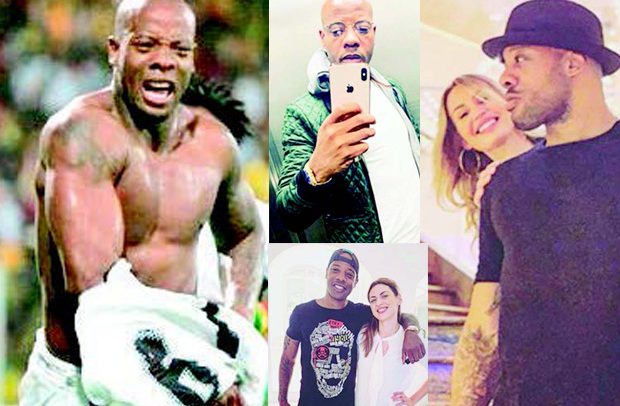 The football fraternity is grieving following the sudden death of Junior Manuel Agogo, former Black Stars, Nottingham Forest and Bristol Rovers forward, yesterday in London. He was 40 years of age.

Noted for his heroics when Ghana hosted the 26th edition of the African Cup of Nations (AFCON), the strong striker suffered stroke in 2015.

Two years on, he managed granting BBC interview in a documentary about his difficult speech life.

Nicknamed ‘Ga Mantse’ by some inner circle Black Stars players, the St. Augustine’s and Ridge Church School product began his career at Sheffield, playing 27 times for his country and hitting the back of the net 12 times.

In 2012, the 2008 AFCON poster boy hanged his boots at Hibernian in Scotland having also had spells in the United States, Cyprus and Egypt (Zamalek).

Agogo began his career with the Owls, playing three games for the then Premier League side between 1997 and 2000.
He scored over 100 career goals, his most notable spell coming with Bristol Rovers, for whom Agogo scored 45 goals in 140 games between 2003 and 2006.

His death has stirred tributes from the soccer community. Below are some of the tributes:

His Championship Club, where he finished the 2007/08 season as the club’s top scorer , rendered  the tribute thus, “Saddened to learn that former striker Junior Agogo has passed away.

“The thoughts of everyone at the club are with Junior’s family and friends at this sad time. RIP Junior Agogo.”

Our thoughts are with his family and friends at this time.”

“Sheffield Wednesday are saddened to learn of the passing of our former player Junior Agogo.

Our thoughts are with Junior’s family and friends at this very difficult time. RIP.”

Banking Crisis Due To Your Inaction – NPP Fires Back At Mahama