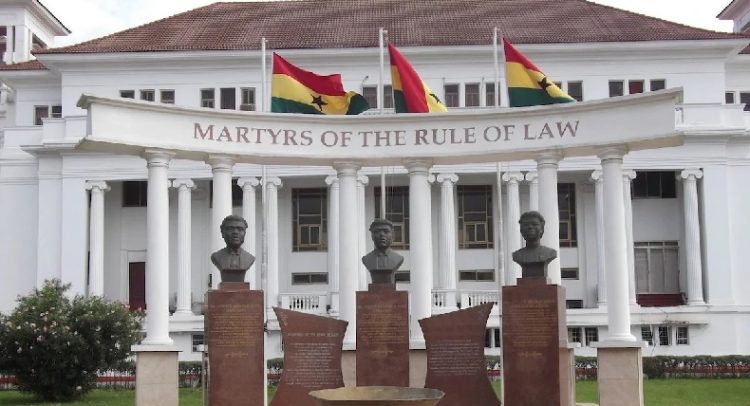 Supreme Court Judge, Justice Nasiru Sulemana Gbadegbe, on Thursday shed tears as he took his final bow at the bench for serving the nation for 31 years and four months.

Justice Gbadegbe, who attained the age of 70 and worked as the Supreme Court Justice for 11 years, advised members of the Bench and the Bar never to compromise on the requirements of justice.

Speaking to the media after his Valedictory Judgement at the Supreme Court in Accra, Justice Gbadegbe urged members of the Bench and Bar to embrace ethical discipline, courage, speak the truth and serve in humility.

According to the retired Justice, he had submitted himself to public discipline after taking up the job on the Bench in 1989 as a High Court Judge in Koforidua.

When asked to point out any of his outstanding judgements he had delivered over the years, Justice Gbadegbe said “History will judge. I have no interest in any of the cases that come before me. I just apply the law.”

According to him, he has for the past years been developing and clarifying the law on many occasions, adding that he also helped in giving meaning to the Constitution whenever needed.

When asked what made him to be on the Bench, the retired Judge indicated that “I wanted to submit myself to public discipline”.

He recounted how on two occasions he turned down the appointment but on the third occasion his son heard his name being mentioned on a radio announcement.

Addressing the members of the Bench, Bar, relatives, and friends at the Supreme Court, Justice Gbadegbe who intermittently wiped his tears with a white handkerchief expressed his gratitude to all those who supported him in his career.

According to him, it was God who sustained him through his career, adding that he would not forget the sacrifices his wife and three children offered him.

Justice Gbadegbe noted that judges did not only make up the courts and lauded the role of his ushers, Secretaries and lawyers.

Chief Justice Kwasi Anin Yeboah praised the retired Judge for long and dedicated service, noting that Justice Gbadegbe’s contribution would go down in the annals of the judiciary.

According to the Chief Justice, the retired Judge of the Supreme Court has exhibited an abundance of knowledge in law through the judgements he delivered, adding that “you have rekindled a fire that cannot be quenched in the judiciary.”

He observed that Justice Gbadegbe while he was a judge in Koforidua in the Eastern Region, “never adjourned any of his rulings and judgements.”

The Chief Justice lauded Justice Gbadegbe for his contribution towards the development of Election Manual for the court in the year 2012, 2016 and 2020.

A Deputy Attorney General, Godfred Yeboah Dame, described Justice Gbadagbe as a good teacher who schooled whenever he appeared before him.

National President of the Ghana Bar Association, Anthony Forson Junior, said Justice Gbadegbe insisted on best practices at the bar and the bench and he corrected him whenever he made a mistake.

According to him, Justice Gbadegbe had authored 95 judgements and law reports.

'Mahama, NDC Have No Shame' Nana