‘Mahama, NDC Have No Shame’ Nana 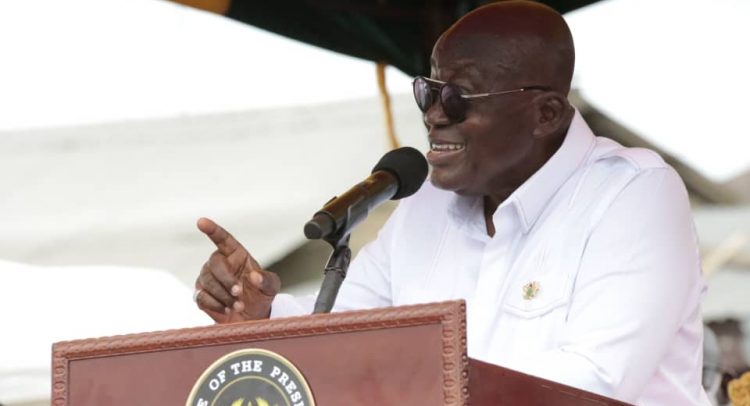 President Akufo-Addo thinks former President Mahama and the party he leads, the opposition National Democratic Congress (NDC) owe Ghanaians an apology over their lies about the implementation of the Free Senior High School (SHS) policy.

It follows claims by Mahama and the NDC that they did not only bring the idea of Free SHS but that they even started its implementation.

Addressing party faithfuls at a mini rally at Adeiso in the Upper West Akyem constituency which has Frederick Obeng Adom as the NPP Parliamentary Candidate on the last and final leg of his campaign tour of the Eastern region, he commended Messrs Thomas Amoaning, John Dankwa and Irene Adobea from Upper West Akyem for their sterling performance in the recently released results of the West African Examination Council (WAEC) Senior High School Examination. 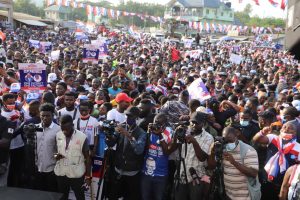 “You have done well and congratulations for making all of us very very proud”, he said to all three SHS graduates who were present at the event, saying with pride “this is the future of Ghana standing right before us today.”

He did not only take pride in implementing the policy but the fact that it will help develop the country. 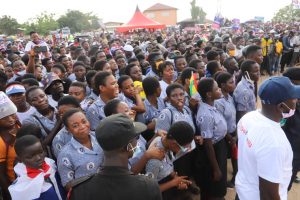 That, he said was because “those who argued and said Free SHS was not a good policy and not even possible to implement and that we were only lying to Ghanaians, if I were them, I would have said Nana come for your stone.”

He however noted “I know these people because they have no shame and they won’t, instead they continue to lie with pride.”

“They have even forgotten they said all these things but God knows these children are the ones going to help protect this nation and bring it the needed development that we desire”, he said. 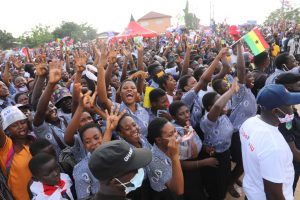 He assured the children “we on our part will do the best we can to promote your lives.”

Mr Akufo-Addo however urged the chiefs and people of Adeiso to consider the option of voting for the NPP in the upcoming elections.

That, he said, was because nothing good has come out of voting for the NDC since they started voting for the party in 1992 when the country returned to democratic rule.

If for nothing at all, he asked them to consider the benefits of programmes initiated by his government including the Free Senior School policy, the Planting for Food and Jobs, One Constituency One Ambulance, and its impact on the population. 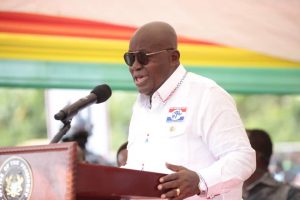 The President had earlier visited Oda in the Akim Oda constituency which has Alexander Akwasi Acquah as its Parliamentary Candidate where he addressed a mini rally at the main lorry station.

Also present was the Minister for Information, Kojo Oppong Nkrumah who is the incumbent of Parliament (MP) for Ofoase-Ayirebi.

Even though the President only drove through Asamankese, people had lined up on the streets to welcome him to the region with chants of ‘four more’.

Scores of supporters of the NPP had besieged the Nsawam bridge clad in party colours amid drumming and dancing before the President arrived there.

Others had lined up under the bridge through the Adoagyiri roundabout to the main Nsawam lorry station where he addressed a mini rally in the Nsawam-Adoagyiri constituency where Frank Annor Dompreh is the incumbent Member of Parliament (MP) and the NPP Parliamentary Candidate.