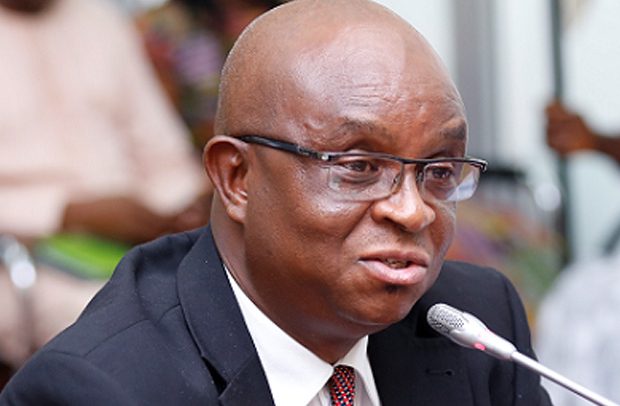 The people of the Volta Region have been urged to keep faith with the Akufo-Addo administration, as it will never disappoint them or any other Ghanaian.

Speaking on behalf of the President at the grand durbar of the 2019 Hogbetsotso Festival, the Volta Regional Minister, Dr. Archibald Letsa, said the President was aware of the social contract he signed with the people of Ghana, saying “I urged the people to continue to have faith in the President and support him.”

In the case of the people of Anlo, the minister stressed the level of commitment exhibited towards the promises the President made to them including the port which had seen the appointment of a director of Keta Port to fast-track the construction process.

He said “the President values his promises to the people of Anlo, and shall redeem them.”

Dr. Letsa said the government recently made payment of over GH¢1 billion of debts owed contractors to ensure works continue on the deplorable roads in the country, adding that many more infrastructural projects were ongoing and Volta Region would not be left out.

The President who could not attend the Hogbetsotso durbar due to a cabinet retreat was represented by the National Security Minister, Albert Kan-Dapaah; the Minister for Chieftaincy and Religious Affairs, Samuel Kofi Dzamesi;  the Regional Chairman of the New Patriotic Party (NPP), Makafui Kofi Woanya, and the Regional Minister.

Former Presidents Jerry John Rawlings and John Mahama were both at the hugely attended festival.

Dr. Letsa indicated that the presence of the high-powered Asante delegation led by the occupant of the Silver Stool, Mamponghene Daasebre Osei Bonsu II, signified the unity and friendliness that exists between the Ewes, especially the Anlos and the Asantes.

He decried the breakdown of morality in the country and urged traditional leaders to unite with political and religious leaders to restore the good values needed to develop the country.

The Awomefia of Anlo, Torgbui Sri III, thanked the President for the many social interventions and projects listed and pleaded that much effort be devoted to ensure their successful completion.

He lamented the poor water situation, and urged that fast-tracking the Anyarko Water project would go a long way to improve the lives of many.

Overlords of about 36 towns of Anlo also expressed the need for a skills development centre in the area to equip the youth towards the upcoming oil, fishing, port and agriculture industry boom in the area.