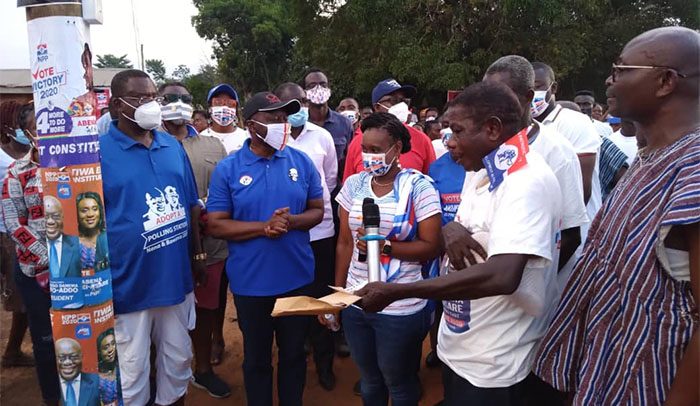 THE Finance Minister, Ken Ofori-Atta has commissioned a project to connect three communities in the Atiwa East Constituency of the Eastern Region, to the national electricity grid under the Rural Electrification Project.

The beneficial communities, Brabe – Bome, Accra Village and Jejeti – Aboye are the political strongholds of the opposition National Democratic Congress (NDC) who have never voted for the New Patriotic Party (NPP) since the 4th Republic and never seen electricity in their homes before.

But the ruling party, through the efforts of the Member of Parliament for the area, Abena Osei Asare who is a Deputy Minister of Finance in the last four months lobbied for the communities to be connected to the National Grid.

The project forms part of government’s vision to achieve universal electricity coverage and aims at connecting rural communities in the constituency.

The Finance Minister who was on a campaign tour in the region, joined his Deputy to officially commission the projects in the communities who could not hide their joy at a short ceremony after the Minister switched on the first light in the area. 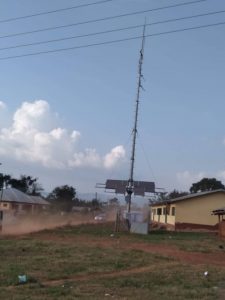 Mr Ofori-Atta addressing the residents urged them to change their voting pattern on 7th December, to retain President Akufo-Addo so that the government will commit more funds into infrastructural development in the area and the country as a whole.

He told the residents at a separate gathering that “In 2021, we will see significant investment in infrastructure, especially affordable housing. These interventions will create more jobs and enhance artisanal skills.”

She said, a lot has been done in the constituency under the New Patriotic Party with regards to the road network, education and cutting sod for a 100-bed district hospital in the area. 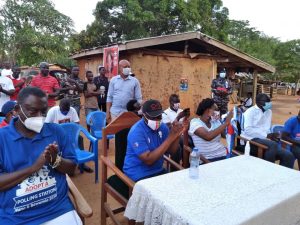 Despite that, she is encouraging Ghanaians to give the NPP and President Akufo-Addo together with her a 90% turnout.

She entreated them to vote massively for both the president and the MP in the forthcoming polls so they can continue with the developmental work.

Mrs Osei-Asare, a banker and chartered accountant, has been an MP since January 7, 2013.

She currently serves as a Board Member of the Parliamentary Service Board and also on parliamentary committees including finance, employment, social welfare and state enterprises. Besides, she is a member of the Public Accounts Committee.

She is married with three children and runs an NGO, the Waterbrooke Foundation, which supports brilliant but needy students with education.

The Regional Chairman of NPP, Kiston Akomeng Kissi, who was part urged the residents to vote for the NPP so that they can be able to construct the deplorable roads in the affected communities for them.

Attached Images; the Finance Minister and his Deputy flanked with the Accra Village elders switching on the light.