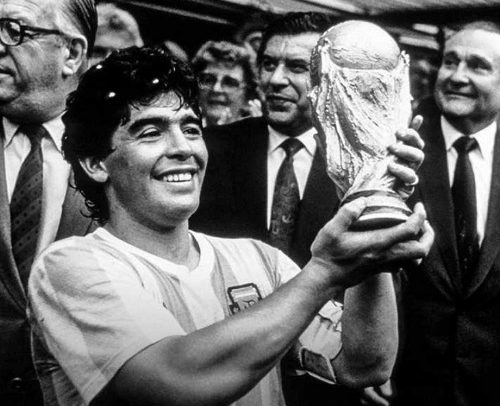 Argentine soccer legend, Diago Maradona has passed away after suffering a cardiac arrest.

He was aged 60 and reports say he died at his home in Argentina.

Maradona underwent surgery on a blot clot in his brain about two weeks ago.

Maradona helped Argentina win the World Cup in 1986, the pinnacle of an illustrious career.

He played for Boca Juniors, Napoli and Barcelona among others at club level.

Maradona became widely known for the infamous ‘Hand of God’ that eliminated England from the 1986 tournament.

Do Not Be Deceived, NDC Not Ewe Party – Woanyah To Voltarians