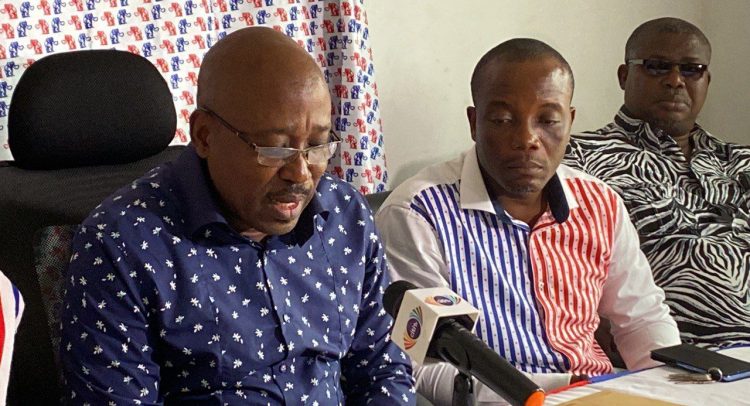 The people of Anlo and the Volta Region have once again been assured that the Keta Port Project is not dead.

According to the Volta Regional Chairman of the NPP, Makafui Woanyah, work has always been ongoing behind the scenes like such huge projects.

It is such background work that has facilitated the completion of feasibility studies and the recent publishing of advertisements for the expression of interest. More so, Parliament has just approved the budget for the construction of the office complex, hence it is mischievous for anyone to say the Keta Port project is dead, Mr. Woanyah said.

The assurance of the NPP Chairman follows contrary claims by the Member of Parliament of the Keta, Kwame Dzidzorli Agakpey, that the Port is a dead project and proof that the government is not committed to it and the people of the Volta region.

He had claimed in a recent tour of the designated area for the project that all the government has done is appoint a Chief Executive Officer (CEO) for a non-existing Keta Port.

Thus, the CEO is being paid for no work done; adding that the Keta Port project seems to be a “job for the boys.”

The MP also stressed that the project is just to swindle the people of the area and the larger Volta region for votes.

However, in a press conference last Thursday, January 19, 2023, the NPP Regional Chairman described the Keta MP as being mischievous and dishonest with the facts.

He explained that it is also a historical fact that major Port projects take decades from conception to execution. Secondly, but for the Coronavirus pandemic, which stalled the majority of the foreign participation in the project, a lot of progress would have been made.

Despite the odds, the Keta Port project has had its processes fast-tracked, hence the progress made so far. “The opposition is just being mischievous, knowing the long processes it entails,” he stressed.

Mr. Woanyah added that the Keta MP and his fellow members of the opposition NDC are aware that the appointment of the CEO is to facilitate procurements and other processes leading to contract and constructional works.

“So it is disingenuous for the MP of Keta, Kwame Dzidzorli Agakpey, to mobilize some journalists to the site recently and accuse the government of non-commitment. What is the moral right of the NDC when they never conceived the idea?” he questioned.

He concluded that the completion of the larger portion of the Keta Sea Defence is proof that the NPP has always honoured their promises to Anlo Projects more than the NDC has ever done.

In the run-up to the 2016 general elections, the then-opposition NPP; now the ruling party promised to construct the Keta Sea Port, but to date, no concrete infrastructure has been seen on the site.