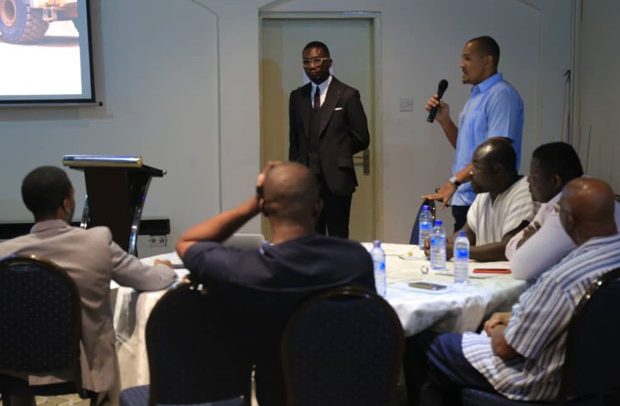 The company which was established in 2018 is currently under the New Patriotic Party’s (NPP) One District, One Factory (1D1F) initiative. It is located at Sedorm-Yiti in the Asuagyaman District of the Eastern Region, and has already begun the sale and export of sawn timber and charcoal production without having to cut down a live tree.

Co-founder and Chief Executive Officer of KKTR, Elkin Pianim, said the company had been able to clear the ferry channel from Dambai to Dodoikope of tree stamps to provide safe passage for travellers through the use of its sonar equipment, bathymetry expertise and cutting equipment. He was speaking at a media encounter with senior journalists.

Aside from the economic benefits, the KKTR co-founder said the company’s operation has other numerous benefits like creating employment, enabling robust aquaculture growth and promoting environmental sustainability.

He said KKTR currently employs 70 people mostly from the community, with employment expected to peak at 800.

He said timber salvage has no adverse impact on fish stocks per environmental impact analyses as confirmed by the EPA, stating that Ghana can produce 600,000 tons per annum of fish from Lake Volta to substitute importation of frozen fish.

KKTR’s operations are fully aligned with the Sustainable Development Goals (SGDs) that were unanimously adopted by all member nations in September 2015.