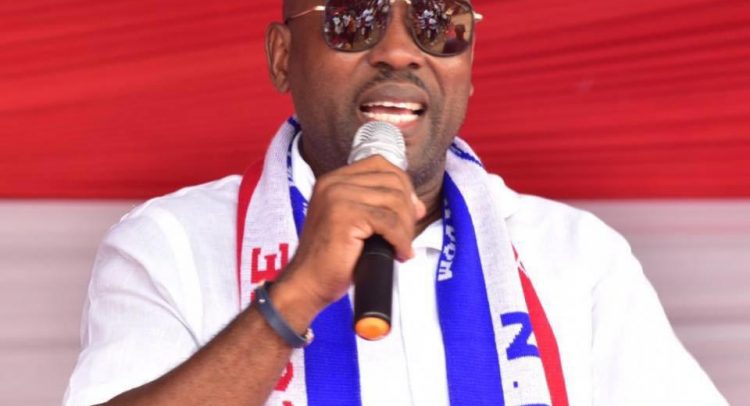 The New Patriotic Party (NPP) in the Volta Region has revealed that preliminary analysis of data from the ongoing voter registration exercise is proving that earlier claims that the previous register was bloated, is true.

However, even before the final phase of the ongoing registration comes to an end on Thursday August 6, 2020 the voter population is thousands of voters shy of the 2019 figure.

As of the morning of Monday, August 3, 2020 the number of people registered in Ketu South stood at 132,428 despite the fact that the number of registration centres had been increased from 208 in 2016 to 254 currently.

The NPP made these revelations at Aflao in the Ketu South constituency when it addressed the press over matters arising from the ongoing voters registration exercise.

The party’s Regional Chairman, Makafui Woanyah explained that although the exercise was yet to end, their projection shows that there will not be a significant difference between the 2019 figure mentioned above as against what the Ketu South Voter Population will be at the end of the exercise.

He added that the current figures could have been lesser if the security was not overwhelmed by the huge number of unapproved routes scattered in the area.

These unapproved routes per their count had increased from 43 in the beginning of the registration exercise to 150 currently.

Nonetheless, the number of arrests made with regards to non-Ghanaians registering together with their collaborators are over 650.

Some are in police custody or quarantined while others are before the courts or deported.

To this end, Mr Woanyah stressed that “but for the compilation of this new Register, a Limited Registration (As desired by the NDC) would have added to the existing 149,219 in Ketu South and we would have been through the roof and hitting some 189,000 and above.”

This he said was “a vindication of our position and that of independent CSOs and International Election Monitoring bodies, that the 2012 Voters Register was over bloated and not fit for purpose.”

He therefore appealed to people of the Region to disregard the tribal agenda of the opposition NDC that the NPP was describing people in the region as non-Ghanaians and hence preventing them from registering. Instead, the NPP is rather ensuring that only Voltarians and Ewes from Ghana are registered, because “We are one people.”

However, since not all Ewes were Ghanaians; thus there are Ewes in Benin, Nigeria and Togo, it was not right for anyone, the NDC inclusive; to facilitate the registering of such persons who have by themselves confessed to be citizens of others countries.

Such an act discredits the Voters Register which is not only “necessary for free and fair elections, but also serves as a data for proper planning and implementation of our strategies and resource mobilization and allocation,” Chairman Woanyah clarified.