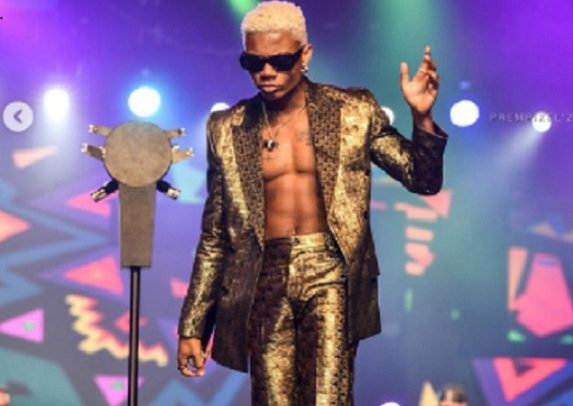 Hiplife/Afrobeat artiste and songwriter Dennis Nana Dwamena, better known as KiDi, known for his hit songs such ‘Adiepena’, ‘Thunder’, ‘Enjoyment’, among others, has ended a three-day tour of Australia.

The Vodafone Ghana Music Awards’ Artiste of the Yearperformed in a different city each day to thousands of fans.

His first show was in Sydney at the Round House inside the University of Sydney on August 12. He dazzled the crowd with his vocal ability, stagecraft and the two hours of his electrifying performance kept fans dancing.

He did not fail the fans as he dropped hit song after hit song. He engaged fans to sing along with him throughout his performance.

He gave a good account of himself on stage and had a very strong stage presence and was cheered through his display.

After the great atmosphere in Sydney, KiDi dashed off with his team to Melbourne on August 13 for day-two of the tour.

At the Billboard, 170 Russell Street, he put up another spectacular performance that got the audience charged up.

KiDi, who did what he knows best, gave away mind-blowing performance that left the audience wanting more.

He proved he was worth all the screams and cheers that greeted him when he mounted the stage.

The same energy continued into August 14 in Perth for the final lap of the tour.

Fans at Metro City in Perth climaxed the successful tour with exciting reactions to all songs performed by KiDi.

Following the impressive feedback gathered, the singer and his team are considering another tour in Australia next year.

Ever since he announced his presence on the Ghanaian music scene in 2017 with hit song, ‘Say You Love Me’, KiDihas been well-known on the airwaves and on stage as a great singer and performer.

Signed to Lynx Entertainment, KiDi has established himself as one of the fastest rising stars in Ghana when he released another chart-topper titled ‘Odo’in July 2017. He did the remix of the song in December 2017 featuring Nigerian artiste Davido and Mayorkun.

He won the Highlife Song of the Year for his hit single ‘Odo’ at the 2018 Ghana Music Awards.

He then went on to win the Male Vocalist of the Year at the 2019 Vodafone Ghana Music Awards (VGMA), and Album of the Year for his debut album ‘Sugar’at the 2020 VGMA.

He has performed on same platform with the likes of Sarkodie, Samini, Tiwa Savage, Shatta Wale, Wizkid, Patoranking, among others.