Kidnappers Belonged To A Cult 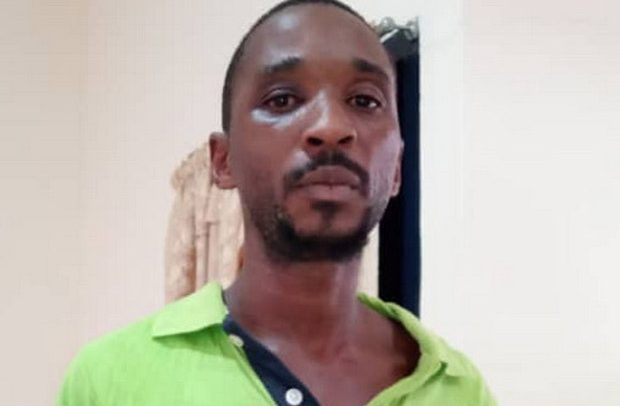 Samuel Udoetuk Wills, the first accused person in the kidnapping and murder of the Takoradi missing girls’ case has revealed that he and the second accused person, John Oji, used to belong to a brotherhood (cult) in Port Harcourt, Nigeria.

Mr. Wills revealed this yesterday in a video recording that was played at the Sekondi High Court where they were on trial.

The over one hour video recording was part of the evidence-in-chief of Detective Chief Inspector Dorcas Asare of the Criminal Investigation Department of the Ghana Police Service who is the 23rd prosecution witness in the case.

Mr. Wills and Mr. Oji were being interrogated by some investigators in the case from both Ghana and Nigeria which was recorded at the Police Headquarters in Accra and was played in court and tendered in evidence yesterday.

Mr. Wills, who was the first to be interrogated, told the panel of investigators that he and the second accused person belonged to a brotherhood.

He, however, indicated that Mr. Oji might know the whereabouts of the girls because he (Oji) was into the kidnapping business and said he strongly suspected his compatriot kidnapped some of the girls.

He asserted that Mr. Oji once promised to pay him GH¢50,000 for each victim he (Mr. Wills) would produce.

He also indicated there was a point Mr. Oji visited him in Takoradi but later traveled to the northern part of Ghana for “juju”.

When Mr. Oji had his turn, he vehemently denied ever getting involved in any kidnapping case or knowing the whereabouts of the missing girls.

He also denied belonging to any cult in Nigeria, adding “Samuel Udoetuk Wills is framing me up because what he said was not true.”

He however said he knew Mr. Wills very well and that his uncle had told him (Mr. Oji) that the Nigeria police were looking for Mr. Wills for engaging in similar criminal activities.

When later the two were brought together for further interrogations they engaged in heated exchanges in front of the investigators.

While Mr. Wills maintained that it was Mr. Oji who kidnapped the girls, Mr. Oji also denied the assertion by the first accused.

It would be recalled at the last court sitting that Detective Chief Inspector Dorcas Asare read a statement in which Mr. Wills said he introduced Priscilla Blessing Bentum, a victim, to Mr. Oji as his girlfriend when the latter visited him in Takoradi.

Mr. Wills noted in the statement that on August 17, 2018 Priscilla called him for money to plait her hair but because he was busy he told his friend, Mr. Oji, to go and bring the lady to where he (Wills) was.

According to the statement, Mr. Wills said later Mr. Oji called him and told him that he (Oji) had kidnapped Priscilla Bentum and told him (Wills) to forget about Priscilla.

He also said in his statement that he used to live with a fiancé called Emily Alimo and that in July 2018, the fiancé went to take care of her sister’s baby in Koforidua.

He mentioned in the statement that in August 2018, his fiancé called to inform him that someone had called Mr. Wills’ Tigo number she was using that he had kidnapped one Priscilla Blessing Bentum who resided at Diabene near Takoradi.

He said in his statement that he denied the assertion but he was later arrested by the police while he was with a friend at Kansaworodo, near a block factory.

The second accused person, Mr. Oji, also mentioned in a statement he gave to the police that the first accused person was once arrested in Nigeria for a similar offence – kidnapping – but managed to break jail.

Mr. Oji mentioned in the statement that it was the uncle of Mr. Wills who told him that when he (Oji) had gone to the family in Nigeria to complain about the fact that his friend, Mr. Wills took his money to find him a job in Ghana but failed to so.

Mr. Oji told the police that he knew suspect Mr. Wills and his family very well and that Mr. Wills’ mother, Grace, was a very good friend to his (Oji’s) mother Rachael.