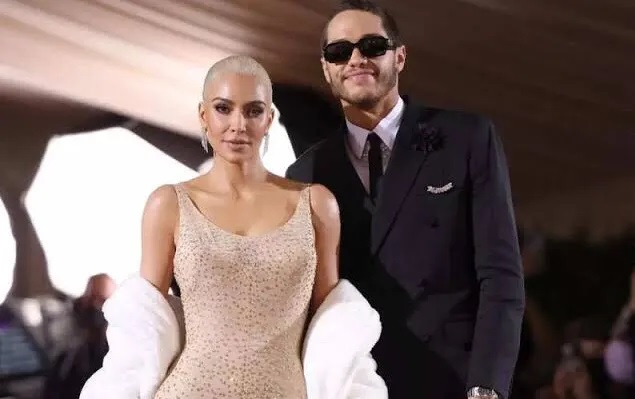 According to several reports, the couple called it quits this week.

“Kim and Pete have decided to just be friends. They have a lot of love and respect for each other, but found that the long distance and their demanding schedules made it really difficult to maintain a relationship,” a source close to the reality star told PageSix.

The mother of four has been busy co-parenting with her ex-husband, Kanye West while Pete has been travelling because of his job.

Kim and Davidson first sparked relationship rumours in October 2021, after they were spotted holding hands on a rollercoaster ride, during a trip to Knott’s Scary Farm in Buena Park, California.

This was followed by another private dinner date about a week later. Weeks after, they took trips to Davidson’s native New York City and Kardashian’s hometown of Los Angeles.

However, the relationship faced several setbacks from Kim’s ex-husband, West.

Kanye and Pete have been at loggerheads since Pete hooked up with Kim.

There were several reports of Kanye spreading rumours about Pete. Kanye was alleged to have told people that Davidson is a junkie, in addition to threatening that he’s going to have the “Saturday Night Live” star beaten up.

Kim and her rapper estranged husband, Kanye West, filed for divorce in 2021.