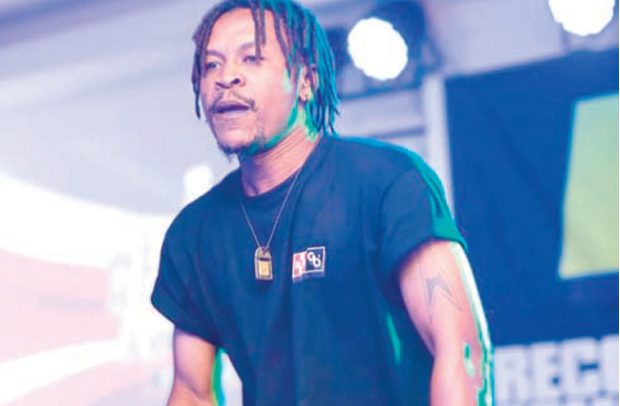 Takoradi-based hiphop artiste, King Shakx, known in real life as Abdul Aziz Sadat, has called on multiple award-winning rapper, Sarkodie, to feature him on his song to help reach more audiences across the globe.

According to the ‘Wapei’ hitmaker, Sarkodie has helped a lot of artistes which include Medikal, Kwesi Arthur, Burna Bwoy, Akwaboah, and Efya among others in the local music industry with a feature, hence the need to also collaborate with him, saying, put me on your song so I can also tap your numbers.

King Shakx made this statement in his new tweet sighted by BEATWAVES to the most awarded rapper in the history of the music industry in Ghana, Sarkodie, as he pleaded with him to feature him on his song to help him reach more audiences.

“I strongly believe that Sarkodie’s feature will automatically increase my music audience across the globe, especially my social media followers than to have him on his song,” he stated.

According to him, Sarkodie is an already established brand of his own and he has millions of followers who believe in his music, adding it will be so easy to be connected and be accepted by the fans of Sarkodie when he is lucky to be put on any of Sarkodie’s songs.

Known for his unique delivery, the hiphop artiste since his emergence has always wished to collaborate with the likes of Stonebwoy, Kofi Kinaata, and Fuse ODG, among others.

King Shakx has produced good danceable hiphop and hiplife songs which include ‘Wapei’ and ‘Muguhit’.