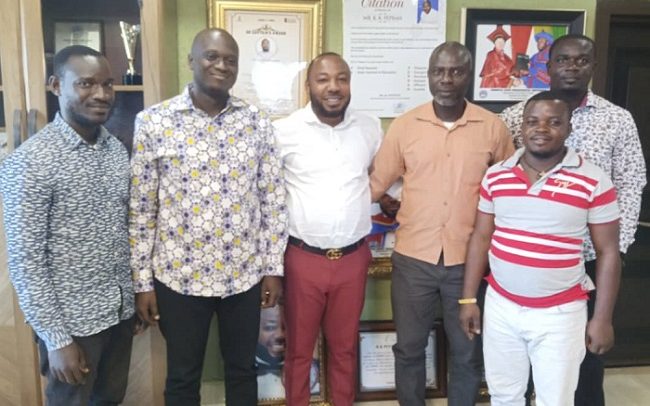 He mentioned that the decision to rally support for the once fearsome side is to help them bounce back to the elite league.

Although the Nkawkaw-based side is currently languishing in the lower tier-Division Two, they have shown signs of restoring their premiership status.

Last Friday, executives of Okwawu called on Dr. Peprah to express their appreciation for his financial support ahead of their special friendly game against Asante Kotoko some few weeks ago.

“Certainly, where Okwawu is currently does not befit their status. It is unfortunate, but together with some few business friends, we would plan what we can do to support the once formidable side.

“Okwawu is big for one person to support. I would urge the executives to roll out plans to engage all in our quest to restore the club’s fortune; an individual can take care of the players salary, another can handle another area; and by so doing, we would be supporting the club,” Dr. Peprah said.

They were led by Yaw Mireku, chairman of the club, and Richard Asare, a representative of Daasebre Akuamoah Agyapong II, Kwahuhene.