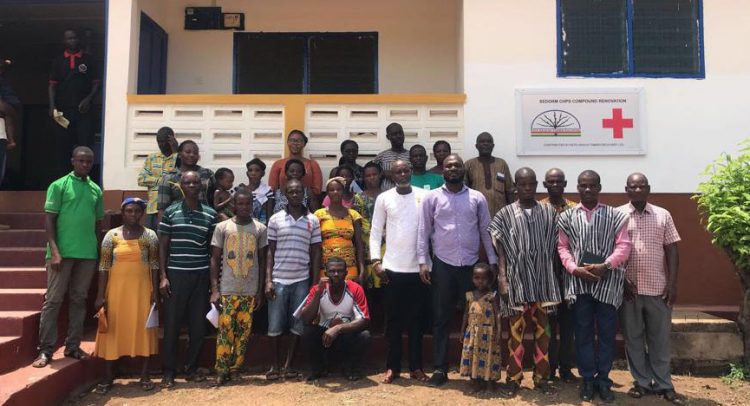 KKTR also presented wooden benches to Sedorm and Sapaw CHPS compounds both in the district.

The Asuogyaman District Chief Executive (DCE), Samuel Kwame Agyekum, commended KKTR for its commitment towards the well-being and overall development of the district.

In an address read for him by the District Information Officer, Daniel Siaw Akoto, the DCE said KKTR had become synonymous with community development, contributing to the local economy, employing staff from the district and providing infrastructural and other support to the communities along the Volta Lake.

Prince Ofori-Boateng, the Compliance and Regulatory Officer, on behalf of the Chief Executive of KKTR, Elkin Pianim, said they were committed to pursuing the corporate social responsibility of the company in the communities in which it operated and beyond.

“KKTR’s trade mark of always working for the attainment of sustainable development goals in providing health, good drinking water, education and protecting the environment is ongoing,” he said.

He disclosed that KKTR had already provided a borehole for the community, supported the refurbishment of the Asuogyaman Police Station and the rehabilitation of the road from Akosombo to Sedorm.

Mantse Kwesi Asare, a sub-chief of Sedorm-Yiti, expressed the appreciation of the chiefs and people of Sedorm and its surrounding communities to KKTR for its commitment towards the welfare and comfort of the people of the area and prayed for the growth and expansion of the company.

Eunice Obeng from the Asuogyaman District Health Directorate also expressed the gratitude of the Directorate to KKTR for enhancing health delivery in the district, saying with the refurbishment, permanent health personnel would be posted immediately to the facility to attend to patients on a 24-hour basis.

The Sedorm CHPS compound was built by the erstwhile Kufuor administration in 2004 as part of HIPC projects but had been in a deplorable state for lack of maintenance over the years.