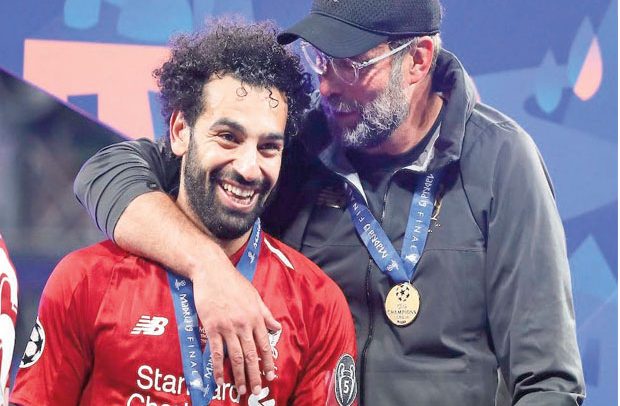 Jurgen Klopp has said there are no problems with Mohamed Salah, after the Liverpool forward attended a wedding in Egypt and then tested positive for the coronavirus (Covid-19).

Salah is out of Liverpool’s match with Premier League leaders, Leicester City, on Sunday after returning a positive Covid-19 test while on international duty, but Klopp defended the Egypt international, who was pictured celebrating his brother’s wedding among other guests.

Salah will fly back to Liverpool on Friday, having returned another positive test on Wednesday.

Salah will travel back to the UK on a “medical-equipped private jet,” according to the Egyptian FA, with Arsenal’s Mohamed Elneny, who also tested positive for Covid-19.

“I have been in close contact with him (Salah) all the time,” Klopp told a news conference yesterday.

“When you have a positive test the process starts. He is in a good place, he feels well and he has no symptoms. Nothing to say in public about the situation.

“What I can tell you is that I was in Germany in the summer. A friend moved his birthday party because of me because I was in Germany. Fifty people attended that and at the last minute I decided not to go. That was only a birthday party and it was allowed in Germany at the time. It was outside but I didn’t go. In other countries and situations there are different social pressures on you.

“A brother’s wedding is a very special moment. What I can say about my players: they are incredibly disciplined. They really know about the situation. All the rest is between Mo and me. We are fine,” he said.

Klopp’s preparations for the visit of Brendan Rodgers’ side have been disrupted with further injuries to an already depleted squad.