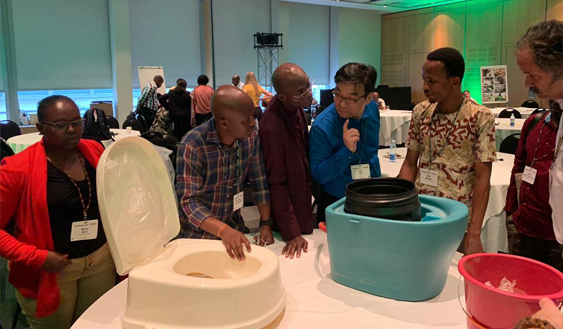 The Kumasi Metropolitan Assembly (KMA) is in pole position to win a reputable sanitation contest and take home a whopping £400,000 as prize.

The KMA has so far managed to successfully implement all the strategies that it has proposed to improve disposal of liquid waste as part of the requirements for the contest.

The KMA would also submit its documents on Wednesday, March 27, 2019.

Osei Assibey Bonsu, a Senior Engineer at KMA, was confident that the KMA would win the prize because it had worked tirelessly in the last four years.

According to him, the assembly has done enough to win the “Dignified City Award,” whose winner would be announced in July.

The programme was launched in October 2015 with 139 Metropolitan, Municipal and District Assembly (MMDAs) in the country contesting the top award.

It will officially end on March 27, and the number of the contestants has been reduced to 17 but placed in two groups for the final contest.

Three Metropolitan Assemblies and six Municipal Assemblies will contest the prize of £400,000.

The other group, which consists of eight district assemblies, will also stage a contest for £285,000.

The various contesting assemblies submitted reports on their proposals to improve liquid waste management in their cities.

He said Moshie Zongo, a densely-populated area, where accessibility to toilet facilities is a major challenge, has received 149 pieces of the CBS.

Mr. Tetteh-Nortey said the KMA has also reviewed its by-laws and made it compulsory for every household to own a toilet.

He said through the efforts of the KMA, toilets had been constructed in schools in the Bantama and Manhyia North constituencies by their Members of Parliament (MPs).

He said Vacuum Tanker operators have been given technical and business training by the KMA to improve service delivery.

He said the KMA had contacted Sinapi Aba, a financial institution, to give loans at reduced rates to house owners to construct toilets.

The KMA official also said a Concrete Platform had been constructed at the Oti Land Fill Site for vacuum tankers to properly dispose of liquid waste.

The KMA, led by Osei Assibey-Antwi, the Chief Executive, has taken sanitation matters seriously in line with government’s agenda to make Ghana clean.

The Kumasi Mayor has been desilting choked gutters and also leading evening clean-up exercises in the city to set a good example.