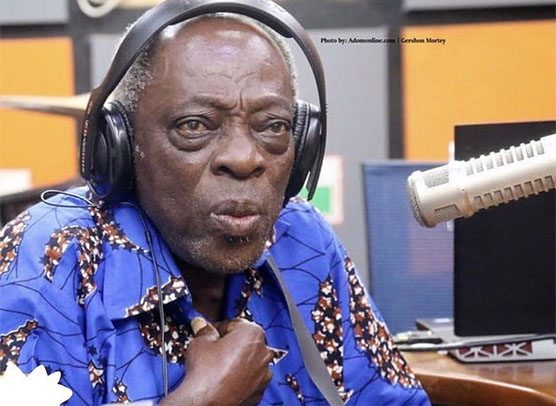 A one-week observation for veteran actor Kofi Laing, popularly known as ‘Kohwe’ will be held on Friday, October 15, 2021.

The ceremony is scheduled to take place at his residence at Dansoman Ebenezer Down in Accra, and it is expected to gather a number of personalities and dignitaries from the showbiz industry.

Kohwe died on Thursday, September 16, 2021, at his Accra residence aged 76 after suffering from stroke.

He was very popular for his roles in the famous ‘Akan Drama’ series and ‘District Colonial Court’ from the 90s.

He was one of Ghana’s greatest acting talents whose contributions helped to sustain the country’s movie industry.

In 1965, he left his job at the Ministry of Foreign Affairs to go into acting.

He has since remained one of Ghana’s most popular actors, who are praised for bringing joy into Ghanaian homes via their acting talents.