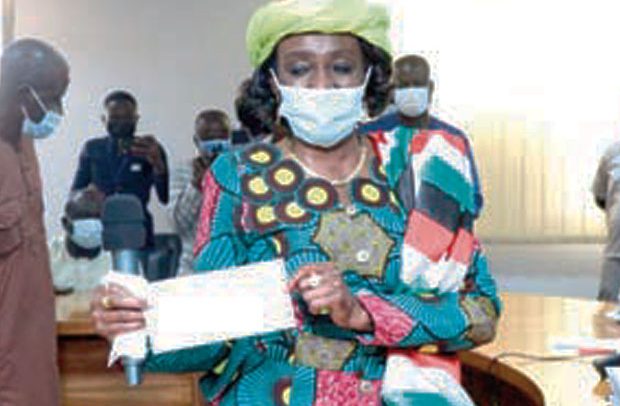 Five presidential aspirants have lauded the Electoral Commission (EC) for, as they put it, activating processes to ensure free, fair and transparent general election ahead of December 7.

They said the processes had been most credible and expected a smooth election that would be the best in the history of the country.

They gave the thumbs up remark shortly after filing their respective nominations yesterday at the headquarters of the EC in Accra.

Despite some challenges they encountered in filling their forms, the aspirants were full of praise for the EC and their ‘endorsement’ is in sharp contrast with members of the opposition National Democratic Congress (NDC) who had persistently berated the EC claiming the electoral management body was underperforming.

The flagbearers that have commended the EC for its work include Nana Konadu Agyemang-Rawlings of the National Democratic Party (NDP), Kofi Koranteng, an independent presidential candidate; Hassan Ayariga, All Peoples’ Congress (APC) and Ivor Kobina Greenstreet, Convention People’s Party (CPP), and maverick Akua Donkor of the Ghana Freedom Party (GFP).

Mrs. Rawlings who broke ranks with the NDC to form the NDP said this year’s process as compared to the past was quite ‘friendly’ because the EC had taken the trouble to provide a template to guide them in the submission of their forms.

She later told a radio station in Accra that “actually, I’m not interested in what other parties are saying. What we are saying is that we’ve been lucky to have an Electoral Commissioner who sees a bigger picture, a broader picture for the whole country, and we have systematically worked towards the programme that they have given us. So, for me, I’m OK with what is going on.”

Hassan Ayariga commended the EC for increasing the number of days for filing from two to five days but asked the EC to brace itself for challenges since the present register has not been tested in any elections.

He said peaceful elections depend on how the EC handles concerns of all the stakeholders.

The CPP flagbearer, Mr. Greenstreet, said some of his officers faced challenges in finding their names on the register but was sure the EC was on course to rectifying the anomalies.

He said the CPP was ready to cooperate with the EC to ensure fair and peaceful elections.

For her part, Akua Donkor asked the EC to ignore the accusations levelled against it and remain focused and deliver for Ghana.

Since nomination opened on Monday, 10 parties, as of press time yesterday, had filed nominations at the EC.

President Akufo-Addo was at the EC personally on Tuesday to present his nomination forms, accompanied with a filing fee of GH¢100,000 in banker’s draft.

Former President John Mahama also filed through NDC General Secretary Johnson Asiedu Nketia and his team on Wednesday but the event did not pass without the party leaders creating a scene at the commission.