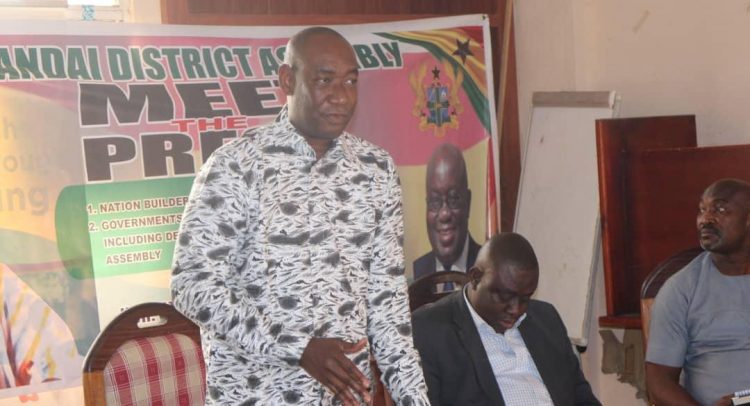 The Kpandai District Chief Executive(DCE), Atta Emmanuel Kofi Tatablata , has disclosed that 71 students in the district , have been awarded scholarships.

He indicated that a total number of 259 students applied for the scholarships at the assembly and 71 qualified.

The DCE revealed that a total amount of Ghc 71,000 was spent to support the students through their tertiary education.

” If not because of the support, most of them would have been dropped outs and now they are happy and they come to my office to say thank you,” he said.

Mr. Tatablata appealed for the number of beneficiaries to be increased to enable other students to benefit.

During the Kpandai District Assembly meet the press session , the DCE said in order to improve health delivery in the district , a completed maternity ward at the kpandai hospital was handed over to the authorities at the facility.

According to him , the assembly procured an incubator, ordinary and delivery beds and handed them over to the hospital.

The DCE disclosed that 30 moto9rbikes were procured and distributed to health and education workers in the district to enhance their work in the area.

He called on residents to ensure that they preserve the current peace in the area to enable them continue to benefit from the policies and programs of the New Patriotic Party(NPP) under the leadership of president Nana Akufo-Addo.

COCOBOD Tasks Staff To Be Ambassadors