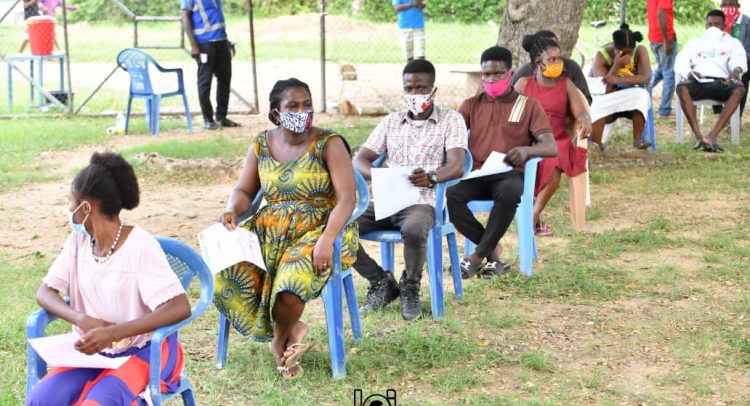 Simon Kweku Tetteh, MCE for Lower Manya Krobo Municipality in the Eastern Region has visited some registration centres in his area.

He was impressed with the arrangements put in place at the various Electoral Commission registration centres in his Municipality during his tour.

He commended the officers for ensuring that applicants adhere strictly to the laid down public health protocols during these challenging times.

He advised them to enforce the laid down public health protocols including the social distancing directives and the wearing of nose masks which is now mandatory according to Presidential directives to protect the general public in this trying times.

He further entreated the citizens to abide by the laid down public health protocols by the Electoral Commission in their best interest.

So far there has been a massive turnout of the voter registration exercise in the Lower Manya – Krobo Municipality.