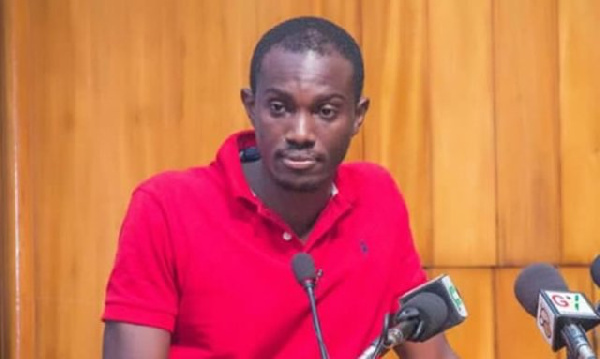 Ernesto Yeboah, the alleged Convener of Economic Fighter League, accused of leading a protest without notifying the Police has had his case adjourned to July 17 for case management conference.

Yeboah’s case was adjourned after he appeared before the Circuit Court on Tuesday.

Charged with failing to notify Police of a Special event, he pleaded not guilty.

The court presided over by Ms. Ellen Asamoah admitted Ernesto to bail in the sum of GHC100,000.00 with three sureties, two of whom are to be public servants.

Prosecuting, Chief Inspector Emmanuel Haligah said on June 6, this year at about 1800 hours, the Regional Police Command received information that the accused and others numbering about 200 had gathered at the Independence Square, Accra and were holding a vigil in Protest and in Solidarity with the “Black Lives Matter Demonstrations.”

Chief Inspector Haligah said the Police moved to the place and arrested Ernesto who claimed to be the leader and organizer of the event.

The Prosecution said during investigations, it came to light that the accused did not notify the Police of the event as required by the Public Order Act.