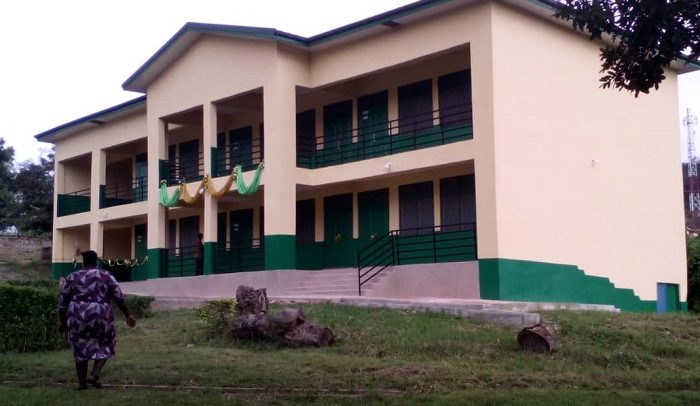 The government has provided a new 12-unit classroom block for the Kwahu Ridge Senior High Technical School (KRISTECH) at Kwahu Obo in the Kwahu South District of the Eastern Region.

One hundred desks were also handed over to the school by the government.

Handing over the classroom block and the desks to the school authorities over the weekend, the District Chief Executive (DCE) for Kwahu South, Emmanuel Atta Ofori Snr, said the classroom block was provided to ensure that more students who would be enrolled as a result of the government’s free Senior High School policy would get a comfortable place to learn.

The DCE urged the headmistress, staff and students of KRISTECH to make very good use of the facility.

The DCE on behalf of the assembly also donated veronica buckets, dustbins and sanitizers to the school.

The school authorities were grateful to the government for fulfilling its promise.

Liverpool Two Points Away From Crown

Laryea Partners Tullow... To Give Back To Ghana Football