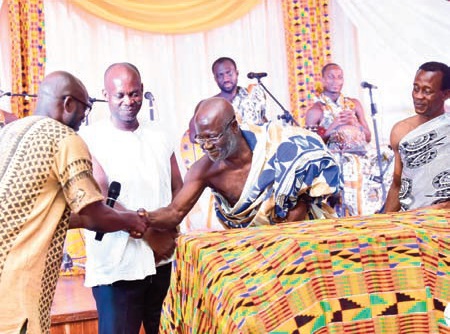 The group took the music scene in Ghana by storm with their rendition of the popular ‘12 Days of Christmas’ song titled ‘Kontomire Christmas’.

Speaking to the audience about the group and their vision, Andrew Nkansah Asah said the all-male group started with five members from the Presbyterian Church of Ghana, but one had to drop out due to work schedule.

According to Mr. Asah, their major challenge is getting a vehicle that can help them transport their musical instruments since his current saloon car can no longer meet their demands.

Anny Osabutey, who auctioned the album, advised the audience to support such talents to achieve their dreams and remain on the music scene for long.