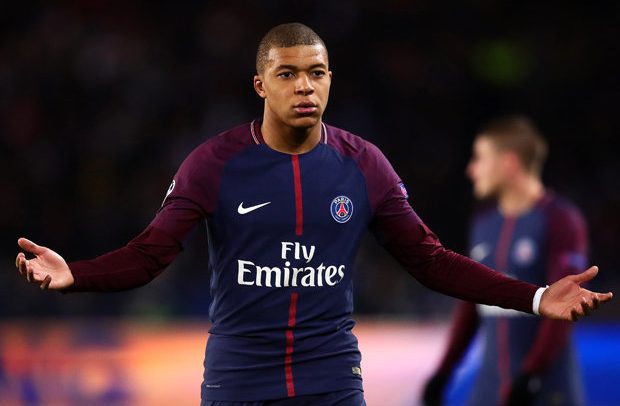 Kylian Mbappe ‘has shown no intention’ of wanting to sign a new contact at Paris Saint-Germain as Real Madrid lead the chase for the sought-after forward.

PSG are desperate to persuade the 20-year-old to extend his current deal beyond 2022 and are unwilling to enter into negotiations with any suitor next summer.

But, according to Spanish newspaper Marca, PSG are having difficulty managing Mbappe’s ambitions and are worried about his attitude in recent games.

Mbappe was substituted off by PSG coach Thomas Tuchel in their last two Ligue 1 fixtures against Nantes and Montpellier, reacting badly on both occasions.

This has been interpreted as a signal to both the PSG coach and the board not to stand in his way.

Real Madrid have made no secret of their desire to sign Mbappe, considered one of the best striker’s in the world despite his young age, whenever the opportunity arose.

The Parisian club have tried to reiterate to Mbappe that he is already at a successful club with designs on winning the Champions League and that he will be their superstar player.

Mbappe, who won the World Cup with France last year, is eager to claim a first Champions League success, believing this to be the route to winning the Ballon d’Or for world’s best player.

PSG have finished ahead of Real Madrid in their Champions League group this season, with Mbappe scoring in the 2-2 Bernabeu draw two weeks ago.

Le Parisien reports that PSG have tabled a contract worth €25million (£21m) net per season until 2025.

Wa Tennis Club Beat Them All