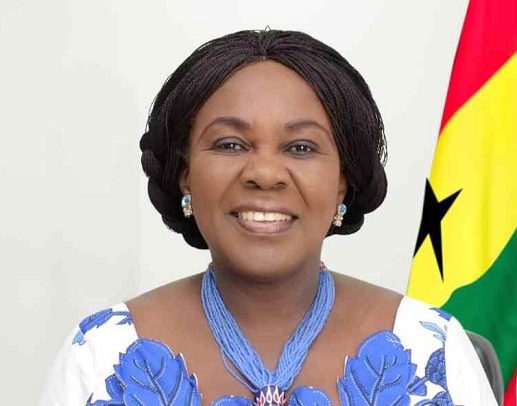 LACK OF toilet facilities will force people to practice open defecation and cause the outbreak of diseases, the Minister of Sanitation and Water Resources, Cecilia Abena Dapaah, has warned.

She has consequently advised the public, especially house owners, to work assiduously by providing adequate toilet facilities in their households to help stop open defecation, prevent the outbreak of diseases and also protect human lives.

The minister gave the admonishment during this year’s annual World Toilet Day celebration, which was held in Kumasi, in the Ashanti Region, under the theme: “Stop Open Defecation, Own a Household Toilet Now, Let’s Play Our Part in a Covid-19 Era.”

“It is an acknowledged fact that in a community where some people do not have access to safe toilets, every other person’s health is threatened. This is because poor handling of feacal matter (sanitation) contaminates drinking-water sources, rivers, beaches and food crops, spreading deadly diseases,” the Minister of Sanitation and Water Resources, said.

She said that open defecation, which is rampant across the country, has the potential of posing serious health threat to human lives so all should contribute to stop the canker, saying “according to the Ghana Statistical Service, 22% of the population practice open defecation, whilst only 21% have access to improved sanitation.”

“This has significantly reduced open defecation rates in the region. Under the same project, 406 disability-friendly, fit-for-purpose, gender sensitive institutional sanitation facilities for 260 beneficiary schools have been provided benefiting over 232,000 school pupils of low-income communities in the GAMA,” she disclosed.

The World Toilet Day is a day set aside by the United Nations (UN) General Assembly to be marked on November 19 annually to draw global attention to underscore the importance of accessible toilets and improve hygiene across the globe.

The Ashanti Regional Minister, Simon Osei Mensah, lamented over the fact that 22 per cent of the country’s population still practice open defecation, calling for concerted efforts to overcome this challenge.

Meanwhile, all the assemblies in the Greater Kumasi Area have each received one brand new pickup vehicle and two motorbikes to help them in their public education programmes to stop open defecation.