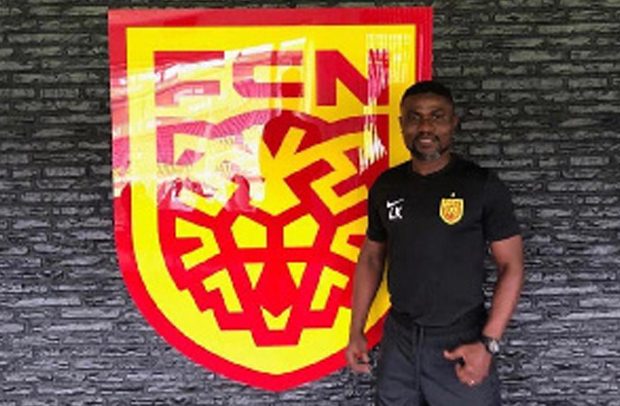 Ex-Ghana international Laryea Kingston has given his coaching career a shot in the arm after joining Danish top-flight side Nordsjaelland, GHANASoccernet.com can exclusively report.

The country’s leading football website, www.GHANASoccernet.com, understands Kingston will start with Nordsjaelland’s U-19 side but he would also be attached to all of the club’s age groups.

The former Heart of Midlothian midfielder, who holds multiple CAF certificates, is expected to hone his coaching skills at the Right To Dream Park.

Kingston would benefit from countryman Mas-Ud Dramani, who is in-charge of Nordsjaelland’s U19 team.

Nordsjaelland owner Tom Venon, who is also the brainchild of Right To Dream Academy, wants to build the capacity of local coaches.

During the summer, he worked as a pundit for Africa’s leading pay TV channel Supersport on the 2019 Africa Cup of Nations which was played in Egypt.