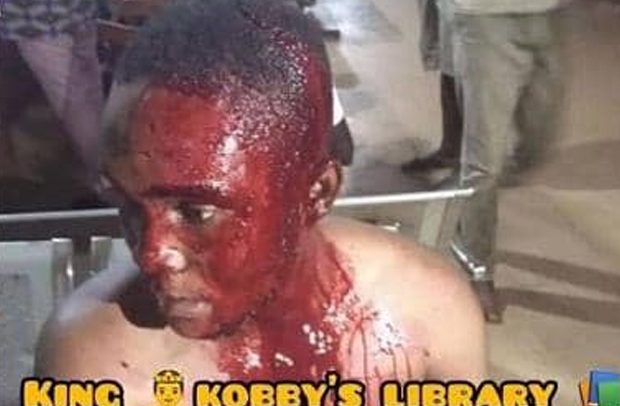 One of the students who got injured on his head

The counting of ballot papers at the University of Ghana (Legon) Students Representative Council election over the weekend turned into bloody event with some students nursing wounds.

This follows a misunderstanding between the students after over alleged cheating during the ballot counting.

The angry supporters who felt cheated went on rampage to destroy properties including cars on campus by throwing stones to hit the glasses.

Due to the melee, some of the students got injured in the process which one has got his head wounded by a stone thrown by an unknown person.

He was captured in a very critical condition while soaked in blood and bleeding profusely.

The incident took the intervention of the Police who rushed to the scene to save the situation.

No official report from the Police over any arrest.