Let There Be Peace 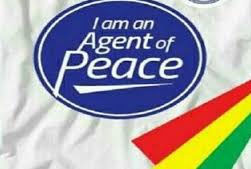 The campaign for 2020 elections will grind to a halt in a few days’ time and the ears of many Ghanaians will no longer be disturbed with wild allegations, misinformation and promises by some politicians who take Ghanaians for fools, until the next four years.  As we struggle as a nation to make democracy work in Ghana, there are some politicians who think otherwise.  If you have followed the recent elections in the USA, you will observe that the NDC is behaving like US President Donald Trump and his silent or acquiescent Republican Party.  Long before the US elections took place, President Trump started complaining and challenging the electoral processes, accusing everyone involved for stealing and fraud. With opinion polls forecasting his imminent defeat, he refused to accept his responsibility in the messing up of the management of COVID 19, which many Americans blame for the death of over 260,000 Americans.

Unfortunately for him, the USA electoral process has stood the test of time and being backed by very strong and well established institutions, President Trump’s wild and unsubstantiated allegations of rigging and fraud still remains unproved and many of the cases that he sent to some State Supreme Courts have been thrown out.  In Ghana, when the NPP challenged the 2012 elections, it took the Supreme Court more than six months to rule on the case and therefore if a similar thing happens after the results have been declared, then we are in for a long struggle/haul.  In the USA, all challenges filed by President Trump at various State Supreme Courts were determined in a number of weeks and I hope the NDC will accept its defeat after the elections and leave Ghana our beloved country in peace and save us another unnecessary time wasting legal battle.

Like President Trump, the NDC and its leader have not been very happy with the current Electoral Commissioner and have accused her of many things she has rather excelled in executing. Sarcastically, the victory of Trump seems to have energised the NDC to believe that spiritually their victory is at hand.  Well you cannot blame them because it is said that “a drowning person will clutch at a straw”.  Today, listening to ex-President Mahama on the campaign trail, with his communication team headed by Sammy Gyamfi and his propagandists, they are singing and projecting ex-President Mahama like an angel and forgetting the mess he created that cost him the 2016 elections.  The failure of the Special Prosecutor to put some of these criminals behind bars is also another factor that has given rise to the feeling of righteousness within the NDC.

What has passed under the bridge within the last four years for ex-President Mahama to think that he is the best replacement for President Akufo-Addo? The only reason that comes to mind is his own conviction that “Ghanaians have short memories,” otherwise he would not have dared make some statements he has made on some political platforms during the campaign.  How could ex-President Mahama claim to have introduced Free SHS in 2015 and at the same time is promising to cancel the programme when he wins the elections?  If this is not dishonesty, then the meaning has eluded me.

One wonders if integrity and honesty means anything to people who are seeking high political office such as the Presidency.  I think people who are seeking high political office must do Ghanaians a favour by being honest and sincere with us, otherwise when they assume office, the country suffers.  The quality of being honest and having strong moral principles, moral uprightness is the meaning of INTEGRITY but in the history of this country, the word INTEGRITY has been misplaced to the extent that its true meaning is lost in practice and deeds by many citizens and past political leaders.

Past governments have promised to eradicate corruption but the only government that tried to confront the problem head on was the PNDC but that attempt was made through a revolution. The PNDC coined the words, INTEGRITY, PROBITY and ACCOUNTABILITY as the core values of the revolution.  Unfortunately, the meaning and values of these words eluded the revolutionaries themselves.  Whether the PNDC achieved the objectives or not can only be assessed with present developments in the country which do suggest that they failed miserably. That notwithstanding, the principles of integrity, probity and accountability are worth pursuing by all persons who seek the high office of the Presidency.

In the coming elections, the NDC is determined to prevent the second term of the NPP and has planned many foul strategies to win power.  These include misinformation of the public through their FM stations and clandestine house to house campaigns at night with money and tons of lies.  They have reorganised their outlawed vigilante groups to harass and intimidate supporters of the NPP, especially in their strongholds with the view to suppress their votes. To strengthen their vigilante groups and camouflage the personnel who may undertake some of the gruesome tasks, the rumour mills are full of information regarding the recruitment of macho men from Ivory Coast and Burkina Faso.  Massive recruitment of ex-service personnel in Ghana is also ongoing and the main purpose is to train their thugs in the use of weapons.

Information available suggests that various arms and ammunition such as shot guns, AK 47 rifles, shockers, pepper sprays and others have been smuggled into the country to be used by their thugs to achieve their objective.  Large sums of monies have been distributed to the traditional chiefs in some parts of the Northern Regions, especially the Savannah Region to threaten settler communities with ejections from the lands they have temporarily been given to coerce them to vote for the NDC.  In the Western Region, “galamsey” is being financed to increase their operations as a means of making the government unpopular. The last but not least, they have organised their supporters in neighbouring countries in Togo, Burkina Faso and the Ivory Coast who registered as voters to return to Ghana to vote.  In the Volta Region, a Togolese FM station EXTROUJE started warning prospective voters to enter Ghana a month ago to make the infiltration routes planned to be blocked by security agencies useless.

The question is, are we going to war?  I don’t think so but from the ex-President’s remarks some time ago, that NDC is the by-product of the failed revolution and therefore when it comes to violence nobody can beat them.  All preparations and outbursts suggest the implementation of Mr. Ofosu Ampofo, the NDC Party Chairman’s violent manifesto recorded on tape which is now a case before the court.  Fellow Ghanaians, this is not fantasy but the real situation facing this country and we should therefore approach the 2020 election with all seriousness and determination not to be intimidated or engage in any violence being planned by any party or persons who are desperately seeking power they do not deserve.  You do not threaten the very people whose votes you are seeking to victory.  The NDC cannot increase their votes if they cannot control the acidic tongues of Sammy Gyamfi and others because from comments I have heard from other people, any time they open their mouths, NDC loses votes.

To the NPP, I say remain calm and resolute. The NDC will do everything in its power to provoke, harass and intimidate your supporters but remember majority of the people are behind you and never overreact. They would be looking for opportunities to push the blame of any act of violence on the NPP but don’t give them any.  Act like Biden, the USA President-elect, whom Trump has tried several times to trap into his gutter politics but has been denied the opportunity.  At the end of the elections, the results will confirm whether Ghanaians want Sammy Gyamfi, ex- President Mahama and his brothers.

The tasks of maintaining peace solely belongs to the state security services, especially the police and the military.  Ghanaians have no doubts about their capacities and abilities to maintain law and order in this country but the most unfortunate thing is that the services have been seriously politicised, making the acceptance of their neutrality a daunting task.

Notwithstanding these obvious impediments, I believe we still have some responsible and patriotic officers at the command levels who will not disappoint the country and disgrace their noble profession.  After all, this is the only country we have and I believe they will give peace a chance to prevail.

LET THERE BE PEACE!