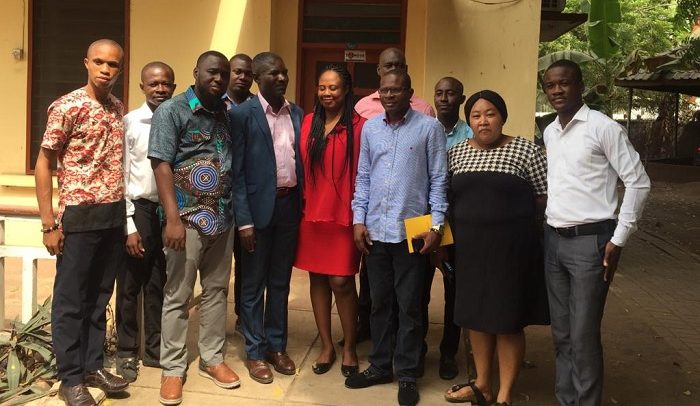 The National Peace Council has urged election stakeholders including the various political parties and civil society organizations to shift their focus from the compilation of a new voter register to ensuring that has credible elections come December 2020.

Acting Executive Secretary of the Peace Council, George Amoh, made the call on Monday, February 17, 2020, when members of the Mass Action Committee (MAC), called on the Council to make an appeal for it (Council) to intensify its efforts towards the call for peace before, during and after the proposed voter’s registration exercise.

The Committee which claims to be a civil society organization, is advocating for the compilation of a new register ahead of the 2020 Presidential and Parliamentary elections.

But the Council strongly believes the focus should not be on whether or not a new register should be compiled.

According to Mr. Amoh, the focus of the parties is not necessarily whether or not they want old or new register but rather credible elections.

Thus, he noted that the parties must be supported to ensure that there is a credible election in 2020.

Meanwhile, he revealed that the Peace Council has put in place resilient measures to ensure that the elections this year are peaceful.

He noted that “We are preparing the grounds for a peaceful election.”

However, he said, when there are contests between Presidential aspirants, there are likely to be skirmishes here and there but there is the need to ensure management of such skirmishes so they do not escalate.

He stated that “We are well positioned to ensure that this country doesn’t go the path of violence.”

Executive Secretary of Mass Action Committee, Atik Mohammed, had earlier stressed the need for the Electoral Commission to be supported in compiling a new register.

He claimed the IT infrastructure of the EC “is in crisis and we need to fix it and the only way to fix it is to have a new register.”

Last week, the Mass Action Committee called on former President John Agyekum Kufuor as part of its stakeholders’ engagement on the need for a new register.