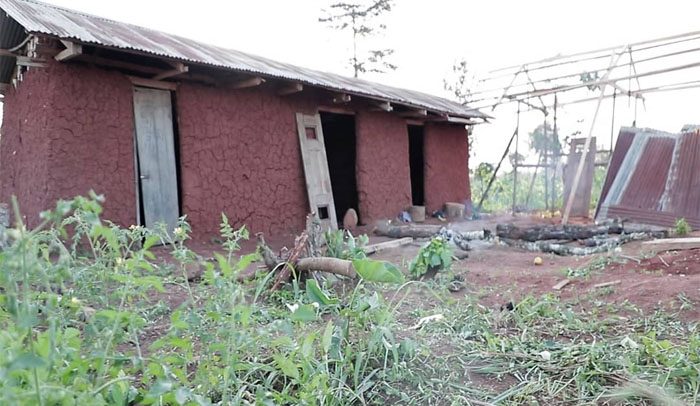 Cocoa farmers who were forced some two years ago by the ravaging impact of the Cocoa Swollen Shoot Virus Disease (CSSVD) to desert their farms and hamlets in parts of the Western North Cocoa Region are beginning to return to their villages to resume farming.

This trend of farmer returns is being attributed, in the accounts of the returning farmers themselves, to the effectiveness of the cocoa rehabilitation programme by the Ghana Cocoa Board (COCOBOD) in restoring their lands back to arable states, suited once more for cocoa farming.

Nana Samuel K. Tabiri, one such returned farmer, said after more than thirty years of cocoa farming at Pillar 34, a community near the Ghana-Cote d’Ivoire border, he had to leave his community because his farm was devastated by CSSVD.

“I lost everything to the cocoa disease,” he recounted. “Initially, I did not know that my farm was affected by CSSVD until my yield dropped to less than a bag during a crop year, then I realized there was nothing to live on.”

“But when later I was informed that COCOBOD had cut and replanted my diseased farm, I came back to see it and was happy to come back to stay on this farm again. They have also taken me as a member of the weeding gang in my own farm area and they are paying me every month,” he expressed happily.

Nana Tabiri’s account of the life-altering impact of the disease on his livelihood isn’t much different from that of another framer, also at Pillar 34, Madam Georgina Pommah, who is now full of gratitude for the intervention of the government and COCOBOD.

“I am just thankful to COCOBOD for restoring my farm,” she said. “My yield dropped to only two bags a year when the CSSVD invaded my farm a couple of years ago.”

COCOBOD’s cocoa rehabilitation programme involves the removal of cocoa trees from hundreds of thousands of hectares of farmland affected by CSSVD, ridding the farmlands of any trace of the disease and then replanting with improved cocoa crop strains. The government bears the full cost of the exercise and provides compensation to both the affected farmers and their landowners.

Mr. Kwame Owusu-Ansah, the Western North Regional Manager of the Cocoa Health & Extension Division (CHED) of COCOBOD, said his outfit noticed as the rehabilitation exercise progressed, that migrant farmers in the region, many of who moved to the Brong Ahafo Cocoa Region gradually returned to farm again on their rehabilitated farms.

“Several of them left their hamlets because they could not harvest anything from their affected farms. Their livelihoods were totally wiped off and they felt their continuous staying in the communities was not relevant.”
Mr. Owusu-Ansah said his outfit has been running a sensitization campaign to encourage farmers who left their homes and farms to come back.
Regrettably, the Western North Region, which hitherto produced a third of the national cocoa output, gradually lost its pole position in cocoa production due to the devastation caused to farms by the CSSVD.

Last year, COCOBOD and the government commenced a process to seriously tackle the menace through the cutting of diseased farms in the region and rehabilitating them under a well-designed scheme that provides adequate compensation to farmers, and their farm owners.

Some 230,000 hectares of CSSVD infected farms in the Western Region are being tackled in phases, in an effort to restore the region’s feat as the hub of cocoa production in the country in the next 5 years.

The progress of the rehabilitation programme has so far been very remarkable and with cocoa farmers returning to their rehabilitated farms in the Essam, Adabokrom, Juaboso, and Enchi Districts where the rehabilitation is on course, it looks clearly that spring is being re-born under the bright steps of the government and COCOBOD.

In the next few years, yields from these farms will support the attainment and maintenance of over a million metric tonnes of cocoa production in Ghana.