Liverpool Are Champions Of Europe Again 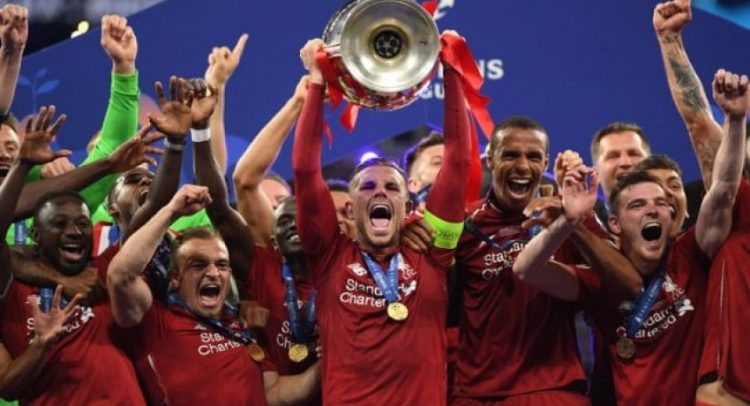 LIVERPOOL DEFEATED its English rivals, Tottenham Hotspurs in the 2018/2019 UEFA Champions League final to become the champions of Europe for the sixth time.

That was after Moussa Sissoko of Tottenham was penalized within just two minutes from the kick off of the match for handball.

Both Spurs and Liverpool made it to the Saturday night, June 1, 2019 Champions League final in Madrid after their two shocking semifinals comebacks against Barcelona and Ajax in May this year.

Liverpool was finalists of the 2017/2018 season but lost to Spanish side, Real Madrid.

Even though the final was not the kind of blockbuster semifinal matches that saw this season’s final being an all English affair, Spurs had series of chances.

However, Liverpool’s keeper, Alison denied Spurs from scoring throughout the night.

Tottenham Hotspurs’ striker, Harry Kane, put up an unimpressive performance on the night, and soccer pundits believed coach M. Pochettino gambled by starting him after returning from ankle injury and deemed unfit.

Tottenham Hotspurs mounted pressure to equalize the one goal difference until they were punished in the dying minutes (precisely 87th minutes) of the match by substitute Divock Origi, who increased the score to 2-0 through a perfect finish by driving low past Hugo Lloris after a corner kick that Tottenham Hotspurs failed to clear off its box.

NABCO Demo Flops; Only 7 Turned Up