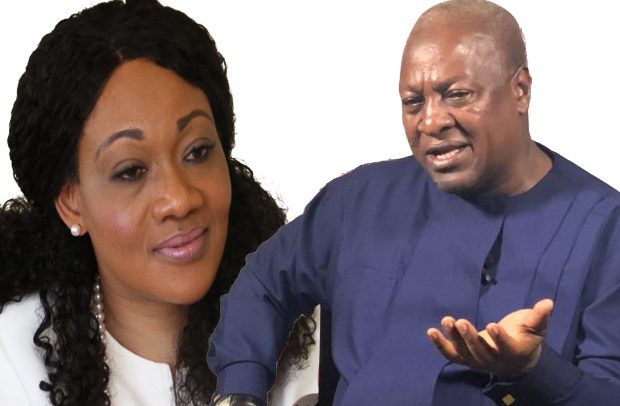 Former President John Dramani Mahama has issued an open threat to the Electoral Commission (EC) Chairperson, Mrs. Jean Mensa, and the entire commission as they get ready to compile a new voters’ register ahead of the December 2020 general election.

He said the opposition National Democratic Congress (NDC) and its allies had warned the EC not to go ahead with the compilation but if the EC boss remains adamant, then she and the other officials should be prepared for the consequences should there be chaos during the December general election.

According to Mr. Mahama, the timeframe for the compilation of the new register prior to the elections is limited, for which reason the exercise should not go ahead.

“Before you (Jean Mensa) became Electoral Commission chairperson this country was peaceful so don’t do anything that will bring chaos,” the former President said when some fishermen from the Western Region paid a courtesy call on him in Accra on Wednesday.

“So if on December 7, 2020 we all go to our polling stations to vote and the machines fail or a lot of people don’t find their names and the election doesn’t go down well, then what are we going to do? That is why we (Inter-Party Resistance Against New Voters’ Register – IPRAN) are telling Jean Mensa and her outfit that they should be careful,” he stressed.

Mr. Mahama fired further that “it is not that we (IPRAN) want to just destroy things but the peace of this country is what is important. We have voted seven times (with the same voters’ register) and everything has gone on well, but why is it that for the eighth time, you (EC) are saying you want to change the biometric voters’ register?”

It is noteworthy that the first biometric voters’ register was compiled under Dr. Kwadwo Afari Gyan between April and May 2012 when Mr. Mahama and his NDC were in government and the general election was held in December.

In the instant case, the Jean Mensa-led EC has said it will use the same period (April and May) to compile the register for the December election but Mr. Mahama and his NDC have been holding incessant demonstrations against the decision.

The former President then turned his attention to the ruling New Patriotic Party (NPP) when he bashed them for allegedly abandoning the projects his NDC government left behind.

He has claimed he will continue and complete all unfinished projects of the Akufo-Addo administration if he wins in December unlike what the ruling government is doing to his projects.

“We constructed a fish processing plant in Elmina to help the community and the fisherfolk but as I speak, the facility has been abandoned because it was constructed by another government,” Mr. Mahama claimed, adding “when I was in power, we started constructing 200 new secondary schools but the ones that were uncompleted have been abandoned by this government.”

Without any proof, he claimed there was discrimination in the premix fuel distribution for the fishing communities and said when he returned to power he would make sure no one is left out of the distribution.

“Premix is being shared to only those affiliated to the government but we will make it available to every fisherfolk regardless of your political affiliation because we are all Ghanaians,” the former President added.

To Be Forewarned Is To Be…