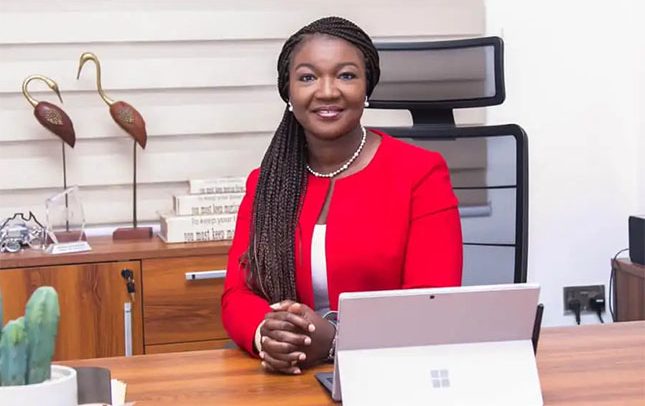 An aide to former President John Mahama, Joyce Bawa Mogtari has mounted a spirited defence for embattled boss of ASEPA, Mensah Thompson over his allegations on the use of Ghana’s presidential aircraft by relatives of President Akufo-Addo which has since been denied by the Ghana Armed Forces.

On Metro TV’s Good Morning Ghana show on Monday, January 10, 2022, the former Deputy Minister for Transport under the erstwhile Mahama administration who is a sister of the former president, stated “there are many publications by very good editors publishing all sorts of rubbish who are still in the system… they’re sometimes even applauded.”

According to Joyce Bawa, there is nothing grievous about the information/publication put out by the under-fire boss of ASEPA, and that the discussion on the topic should come to a close forthwith.

When her colleague panelist, Ellen Ama Daaku sought to draw her attention to an insincere apology issued by Thompson, Joyce retorted that it was not for her to analyze the morality or otherwise of it [apology].

The viewing public of the morning show have been left in a state of shock as to how a lawyer of good standing and a former minister of state can defend such a reckless conduct of a person who claims to head a think tank alighted to the main opposition NDC.

US Ambassador Rallies For Black Stars