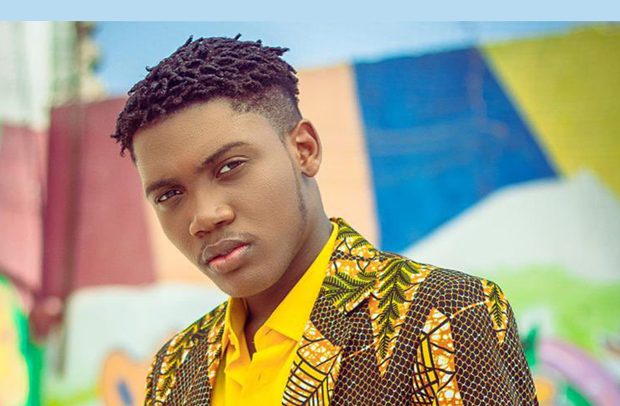 The video, produced by Swaty Beatz and directed by Jeneral Jay, was shot on some selected locations in the capital.

The video, which is expected to attract rave reviews from music industry stakeholders as well as music fans, is currently making waves on social media platforms including YouTube.

The artiste believes that the production of the music video would satisfy his fans, as well as expose his hidden music talent.

The video with over 48,000 views on YouTube is expected to break new grounds in the local music video scene.

Malcolm Nuna, who was crowned as the Next Rated Act at the fourth edition of the 3Music Awards recently, explained that he had worked tirelessly on the music video, which had all the qualities to meet the demand of music lovers in Ghana and beyond.

“It’s important to give a world-class music video production to satisfy my fans who will patronise my works,” he said.

Tagged by a section of the music industry stakeholders as one of the country’s rising stars yet to make headlines all over the globe soon, Malcolm is credited with a number of hit singles such as ‘Blind Love’, ‘Odo Yewu’, ‘Touch And Go’, ‘Money Man’, ‘Baba’, ‘Spintex Life’,  and ‘Party’, among others.

In an interview with Citi News, he expressed his happiness for the video and urged all his fans to watch the video.

The UPSA student also thanked his manager, Mr. Abongo Jnr, for always being there for him.

“I’m happy that finally I have a music video on the market and Ghanaians can appreciate the work that we put into this. I just hope they will enjoy it thoroughly and share it with friends and family. I can’t also thank my manager and big brother (Abongo Jnr) for the amazing work he does for me. He is the best I could ever have,” he said.

The album, which has been equipped with over 17 danceable tracks, is set to delight music fans who have been waiting for authentic music compositions that will help promote Ghanaian music on the international market.