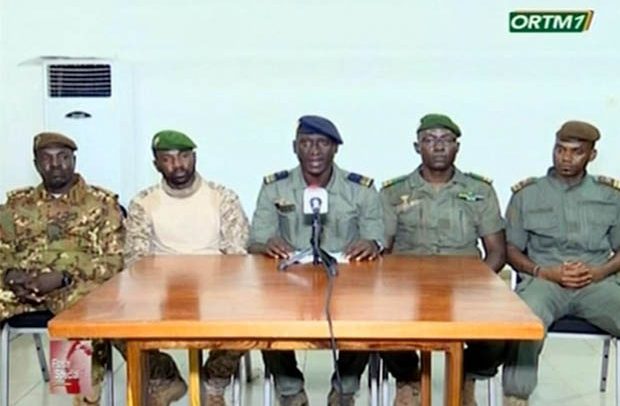 The soldiers who ousted Mali’s President, Ibrahim Boubacar Keïta, have assured Malians and the International Community that they will form a transitional government to hand over power to civilians.

They have also pledged to hold fresh elections as part of efforts to restore the country onto the path of peace.

The soldiers arrested Mr Keïta and Prime Minister Boubou Cisse on Tuesday morning, August 18, 2020 and took them to a military camp near Bamako, the capital of Mali.

But spokesman for the soldiers, Col Ismaël Wagué, the air force deputy chief of staff, has announced their plans to hold elections as well as form a transitional government.

According to him, their action was intended to save Mali from falling into more chaos.

The spokesman of National Committee for the Salvation of the People, the military group which ousted the President, says they did not want to stay in power.

“We are keen on the stability of the country, which will allow us to organise general elections to allow Mali to equip itself with strong institutions within the reasonable time limit,” according to him.

Mr. Keïta has since Tuesday night resigned as President of Mali and dissolved Parliament and his Government.

Mr Keïta won a second term bid in 2018, but has since June faced street protest over corruption, the mismanagement of the economy and a dispute over legislative elections.

Alleged Witch Dies After Drinking Water From A Dead Body