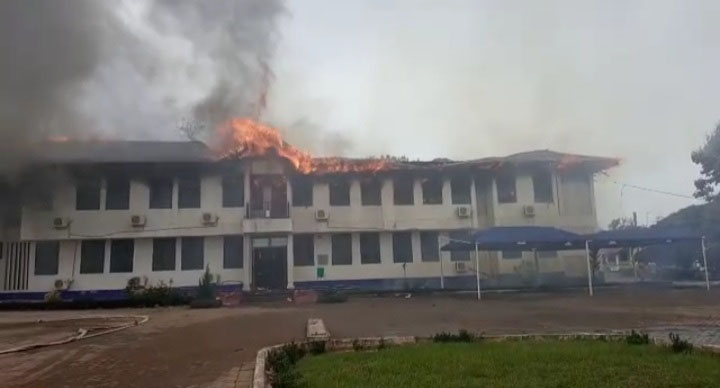 THE MAMPONG Technical College of Education in the Ashanti Region was thrown into a state of confusion on Monday morning as there was a fire outbreak there.

The fire, reportedly started from the administration block, sparking fear and panic among the people on campus at the time, as they fled helter-skelter to save their lives.

Several valuable school documents were said to have been destroyed by the inferno, which according to eye witnesses raged for sometime before it was brought under control.

Luckily, no injuries or deaths were recorded during the outbreak as the fear-stricken people managed to race from danger.

“The fire was so fierce that nobody could dare go near it so people were seen rushing from harm’s way in the school,” eye witnesses disclosed.

They said it took the intervention of some brave fire fighters to battle the inferno for some hours to bring the situation under control.

What caused the fire was not immediately known but it was gathered that personnel of the Ghana National Fire Service (GNFS) had started investigation.