Man Killed and Tied on an electric Pole at Budunburam 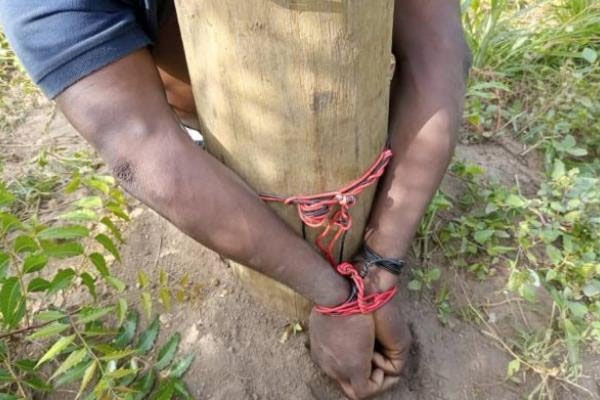 An unidentified man believed to be 60 years of age has allegedly been killed and tied to an electric pole at Budumburam in the Gomoa East District of the Central region.

He is believed to have been killed by unknown assailants.

According to information gathered by DGN Online, the deceased is not a native of the Budumburam community.

Residents who spoke to the media suspected the death was perpetrated by unknown Sakawa gangs.

His dead body, according to reports, has been conveyed by the Gomoa Budumburam district police command to the Winneba Trauma morgue for preservation.

The Kasoa Divisional Police Command has started an investigation into the killing of the deceased.