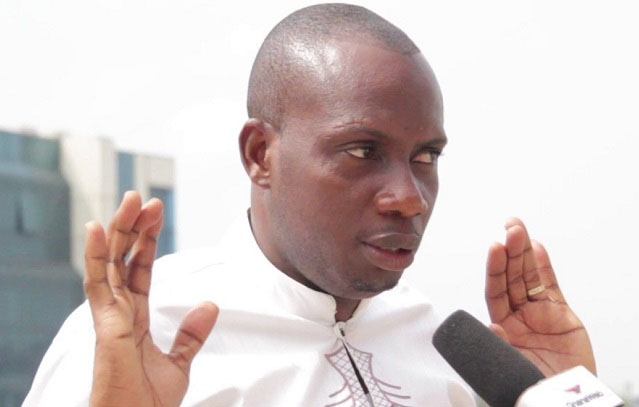 He has called on the Domestic Violence and Victim Support Unit (DVVSU) of the Ghana Police Service to help fish out the said father to take care of the child.

This Lutterodt eplained, if not done, would lead the son to a wayward lifestyle, adding that, the child’s father is needed most especially during this period that the mother has been sentenced to 90-days imprisonment.

He said the father is needed around to take charge for a good home training as well as help psychologically.

Speaking on Okay FM’s ‘Best Entertainment Show’, Lutherodt explained that “the man is responsible for taking care of the son, if he doesn’t, the law can deal with him. The child looks unbalanced and refusal to help him, would let him grow up not to be useful, he’ll become useless”.

“If you listen to the social media arguments very well, many feel Akuapem Poloo should be set free because she is the one who takes care of the son and that there is no one available to take care of him. Where is the father of the child? Two people give birth to a child not one person, we should be reminded that if a man impregnates a woman and they give birth – it doesn’t make him father because he is the husband. That mistake must be corrected with our women in this country. Majority of the women in this country believe that, as far as you’re not the husband, you cannot be the father of the child.

“That thing must be deleted from their mind, once I’m not your wife, the child is not yours and some have even gone to the extent that, after the man naming the child, they have the audacity to change the name again. We started long time ago telling Akuapem Poloo to go and look for the father of the child, but she wanted to prove to the child that – I gave birth to you, I’m the one taking care of you. She’s wrong, she didn’t born by herself. She was not raped, she had consensus sexual intercourse. DOVVSU is needed in times like this; the father must be produced from his hiding ground”

Lutterodt added, “This town seems to be that, if you born and the man don’t take care of child, you become a hero – NO, you become a deficiency to the nation rather because any child who gets the understanding that, the mother is everything is being damaged for the future, that’s basically what Akuapem Poloo has done. This the time we should search for the man and handle him appropriately before the law.”

The actress was on Friday jailed by an Accra Circuit Court for taking nude pictures with her son and posting them on her Instagram page.

The sentencing generated a lot of buzz with some session of the public claiming it is too harsh while others said she deserved it.

Interestingly, some celebrities have started to raise funds tosupport the son whiles she serves her jail sentence because to them, no provision was made by the state to take care of her son.

However Counselor Lutteordt believes the initiative is a sick ploy to extort money from the innocent public describing it as “useless”.