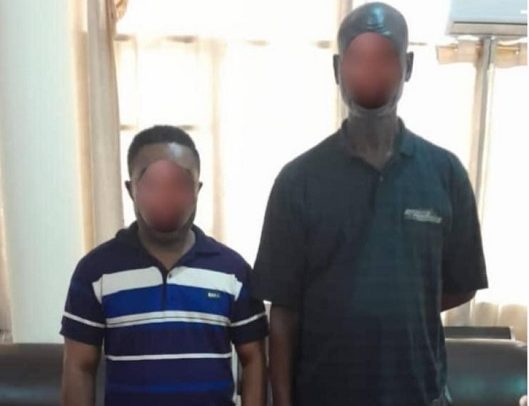 THE POLICE has denied a report circulating on social media that the chief arrested in connection with the murder of a prospective student nurse, Georgina Asor Botchwey, has died in their custody.

The death of Nana Onyaa Clarke was circulated extensively on social media last Saturday, that he died in a cell where he is being kept, and that he took a poison after he was arrested by the police in connection with the murder.

The police, in a statement released same day, denied the report and said the chief was alive and in custody.

“The report circulating in the media that the chief arrested in connection with the murder of a prospective student nurse at Mankessim is false.

“The chief and his accomplice who were remanded into police custody by the court to re-appear on October 4, 2022 are alive and in custody,” the statement said.

The statement further urged the public to disregard the report with the contempt that it deserves.

It would be recalled that a prospective student nurse, Georgina Asor Botchwey, now deceased, attended an interview at Ankaful Nurses Training College on September 7, 2022 in the Central Region but failed to return home at Yeji in the Bono East Region.

Police investigation after a report was made to the service linked her disappearance to one Michael Amponsah, alias Osofo Kofi, said to be a fiancée of the sister of the deceased who picked her up in a car after the interview.

The police later arrested Osofo Kofi and he confessed to the investigative team that indeed Georgina was murdered by him and Nana Onyaa Clarke.

He led police investigators to exhume the body of Georgina Asor Botchwey from the kitchen of Onyaa Clarke. The chief was later arrested from his hideout. The suspects are in police custody to re-appear on October 4, 2022 after they appeared before the court.