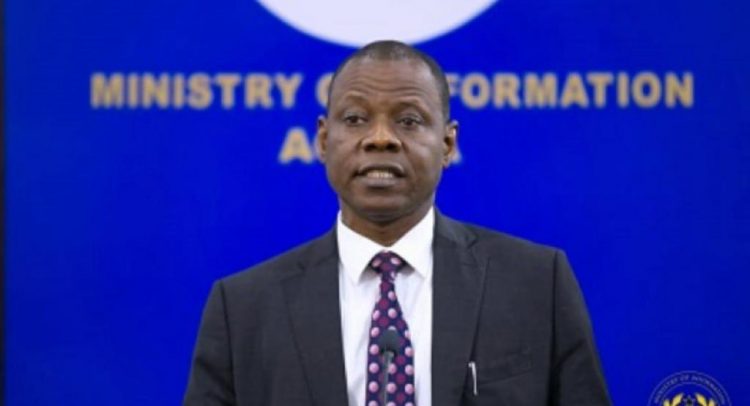 The Ghana Health Service (GHS) has declared the country free of the Marburg Virus Disease (MVD) after the recent outbreak in July.

Director General of the health service, Dr. Patrick Kuma-Aboagye speaking at a press conference in Accra, said the outbreak of MVD was officially over.

“On this day, the 16th day of September 2022, I, Dr. Patrick Kuma-Aboagye, Director General of the Ghana Health Service on behalf of the Minister of Health, Kwaku Agyeman-Manu together with our partners do hereby declare the initial outbreak of Marburg Virus Disease over”, he declared.

This comes after health authorities, a month ago, said the country’s only survivor of the MVD had fully recovered after two negative tests carried out on the patient in 48 hours.

The recovered patient was one of the three persons who contracted the virus since its outbreak.

The Marburg Virus Disease was first confirmed in the Adansi North district in the Ashanti Region, after a patient presented with symptoms that met the case definition.

A sample was tested at the Noguchi Memorial Institute for Medical Research (NMIMR) and the Institute Pasteur in Dakar (IP), Senegal, for confirmation.

The patient however died after seeking care at the hospital.

Close contact of the patient also started showing symptoms after the stipulated isolation perio and also died while on admission.

In all, 198 contacts were identified in four districts (Adansi North and South, Prestea Huni Valley, and Sawla-Tuna-Kalba) of which 118 of them have completed the 21 days of mandatory follow-up and have since been discharged.

In line with World Health Organisation (WHO) guidelines, the outbreak was declared over 42 days after the last negative test if there are no new cases.