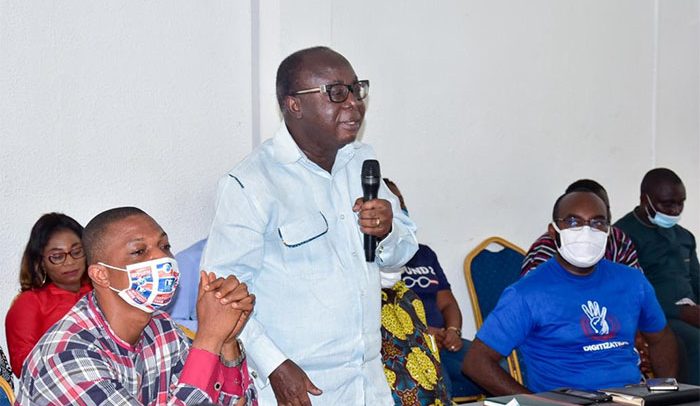 Chairman Freddie Blay who described Mr Amidu as a friend said, “It is unthinkable and unacceptable to hear of the resignation of the former Special Prosecutor, whose appointment was greeted with mixed reactions from the Ghanaian populace. While some thought Mr Amidu was the perfect person to occupy the position as the first Special Prosecutor, there were contrary sentiments from some members of the minority in parliament and the NDC, including some members of the ruling NPP. Many described Mr. Amidu as a self-righteous person, with an erratic persona. Others also said his temperament was not cut for such high office, particularly when he had the opportunity to occupy the position of Attorney General and Minister of Justice during the Presidency of the late Prof John Evans Atta Mills. The circumstances leading to his dismissal and his counter allegations leveled against the then President and other allegations that Mr Amidu threatened to beat up the then President Prof John Evans Atta Mills.

At a radio interview at Taste Fm in the Eastern Regional capital Koforidua, Chairman Blay reiterated that Mr Amidu’s resignation was bad for both him and those who against all odds placed their trust in him despite stiff opposition. This included a legal challenge by some members of the NDC, a party he belongs to and once served as its vice presidential candidate.

He further urged the party and the government to concentrate on the bread and butter issues, ignore Mr Amidu and let his conscience and the good people of Ghana judge.

His Excellency the President reposed enormous trust in Mr Amidu and offered him the greatest Honour as the first impartial Special Prosecutor, however, it was unfortunate that Mr Amidu’s conduct has proved the sceptics right. Most of whom predicted that Mr Amidu would resign in the not-so-distant future under strange and unthinkable circumstances. One such sceptic was Mr John Ndegbugre, who on the day of Mr. Amidu’s appointment stated categorically that he had known Mr Amidu over the years and felt he was not cut out for such an appointment. He further predicted Mr. Amidu would resign in the near future.

I believe that Mr Amidu’s resignation is politically motivated. This is because on one occasion he decided not to investigate Mr Mahama on his involvement in the Airbus bribery scandal because of the impending general elections, thus, offering him strange and unconstitutional immunity. However, he found it expedient to resign less than 3 weeks to the 2020 general elections.

Prior to the Radio interview at Taste FM, Mr Blay held a meeting with Regional executives, MMDCEs, Constituency executives, Patrons, Government appointees, Regional campaign team members as well as some leading members of the NPP in the Eastern Region.

“This is the President’s region. His good works and the achievements of his government should guarantee a comprehensive victory in the Eastern Region. I have been around for quite some time and I have witnessed the performance of various governments over the years. I can boldly tell you that No government in our history as a country has achieved even 60 percent of what has been done in the first term of Nana Addo Dankwa Akufo-Addo and the NPP Administration”, he said. The National chairman applauded the support the government appointees and regional patrons continously offer the various constituencies. He further asked the Regional party to work towards 70 percent of the popular votes, which is a little above the regional target of 67 percent of the popular votes. 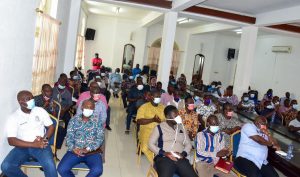 The roads Minister Kwasi Amoako Atta, who spoke on behalf of his colleague ministers and other government appointees shared the sentiments of the National Chairman and pledged that the region would unite to deliver the needed victory.

The Regional Chairman, Mr Kissi, thanked the National Chairman, the President, the Vice president, government appointees, volunteer groups, national campaign team led by Chairman Mac Manu and the party leadership for their constant support and the training offered them.