‘Mbappe Wanted Me To Snub Real’ 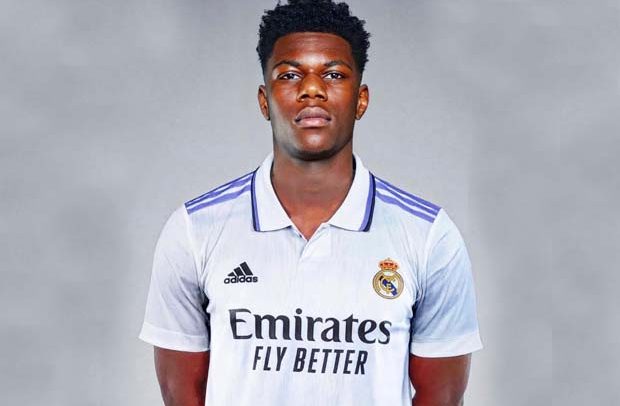 Aurelien Tchouameni said Kylian Mbappe tried to convince him to sign for Paris Saint-Germain, but understood his decision to move to Real Madrid.

Madrid confirmed the acquisition of Tchouameni last week from AS Monaco in a deal worth an initial €80 million, with sources confirming to ESPN the European champions saw off competition from PSG and Liverpool to land the midfielder.

Mbappe himself turned down interest from Madrid earlier in the summer to renew his contract with PSG, but he could not convince his France teammate to do the same.

“Kylian decided to stay at PSG and he knew I was leaving Monaco,” Tchouameni said at his presentation as a Madrid player on Tuesday.

“He wanted to know if I would join him at PSG. But my first choice was Real Madrid and he understood that completely.”

Tchouameni, 22, has signed a six-year contract at the Santiago Bernabeu and said that despite interest from PSG and Liverpool, he was sold on Madrid from the start.

“I had the chance to choose other teams but once I knew Real Madrid were interested, I did not have a single doubt,” he added.

“I spoke with other clubs but in my head I was always waiting for Madrid. I spoke with my agent, my family and [Monaco] to find the best agreement for everyone.

“Madrid are the biggest club in the world, they have a team with incredible players and I think it’s the best decision for me.”

Tchouameni watched excitedly as his new club, who also won LaLiga this past season, dramatically knocked out PSG, Chelsea and Manchester City on the path to a 14th European Cup.

“There were already negotiations with Madrid at that stage,” he said of watching those knockout ties.

“Then when I saw the games against PSG, Chelsea and City, I wrote to people saying: ‘Please, do what you can so that I can go to Real Madrid!'”