Some purported commercial sex workers operating in the Amenfi West Municipality of the Western Region have had the structures in which they allegedly carry out their nefarious activities, demolished.

According to the residents the activities of the sex workers impede the moral upbringing of the youth in the area.

They attributed the increasing number of prostitutes in the area partly to the activities of illegal miners who patronize the services of the sex workers.

They ransacked the various structures before destroying them and some items found included
amulets, condoms, cooking items, gas, cylinder, and dirty clothes among others. 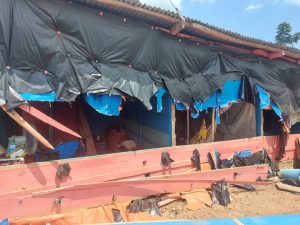 The structures destroyed were mainly made of plywood and were situated at Asankrangwa, Aboi Nkwanta, and Wassa Dunkwa, all in the Municipality.

Addressing the media later, the MCE emphasized that the activities of the alleged prostitutes posed a security threat since no one could tell what or who they might be bringing to their respective places.

He assured that the MUSEC will continue to carry out exercises from time to time to ensure that the area is rid of illicit activities.

“Ghana is an ECOWAS state and so people from other countries in the sub-region can come to our area but not to engage in prostitution”. 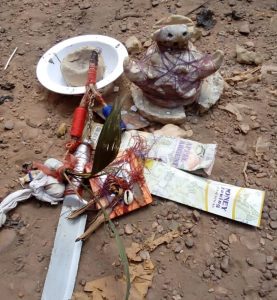 He admonished land owners in the Municipality not to give lands to people who might want to erect structures for illicit activities.

Most of the residents applauded the MCE for the action explaining that the activities of the alleged commercial sex workers tended to destroy the future of the youth in the area.