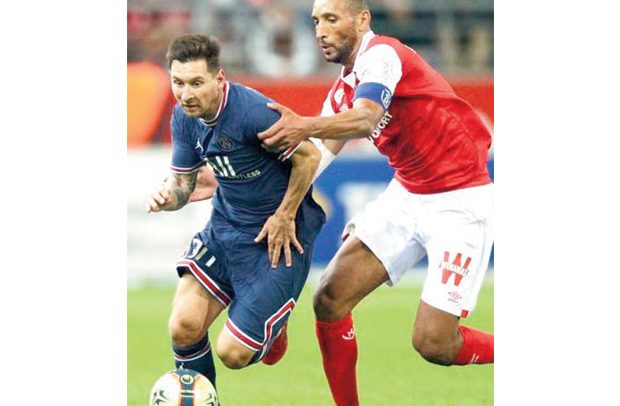 Lionel Messi’s debut with Paris Saint-Germain averaged over 2 million viewers in Spain, making it the most-watched French football game in the country ever.

Messi, 34, finally made his first appearance for PSG in Sunday’s 2-0 win over Reims following his move from Barcelona on a free transfer this summer.

The Argentina international replaced Neymar for the final 30 minutes, while Real Madrid target Kylian Mbappe scored both goals for PSG.

Messi’s debut was broadcast on the free-to-air channel Telecinco in Spain, with figures released on Monday revealing the match had an average audience of 2.2 million viewers, making it the most-watched programme in the country on Sunday.

In total, over 6.7 million people tuned in to watch PSG’s win at some point during the 90 minutes.

Barcelona’s 2-1 win over Getafe in LaLiga, meanwhile, which was on pay-per-view television, averaged 591,000 viewers.

The PSG game was also shown live on the Twitch channel of Ibai Llanos, a Spanish streamer and esports commentator.

Llanos’ broadcast drew an average audience of over 300,000, peaking at 500,000. The total number of people who tuned in to the stream topped 2 million.

The rights to the French league were bought by Barca defender Gerard Pique following Messi’s move to Paris in August.

A source told ESPN last week Pique’s company, Kosmos, plan to sublicense the rights this season, with Telecinco and Llanos only securing access to Messi’s debut.

Pique has struck up a close relationship with Llanos in recent months and appeared as a guest on the pre-game show on Sunday. Through Kosmos, he streamed the Copa America final between Argentina and Brazil on Llanos’ Twitch channel in July.