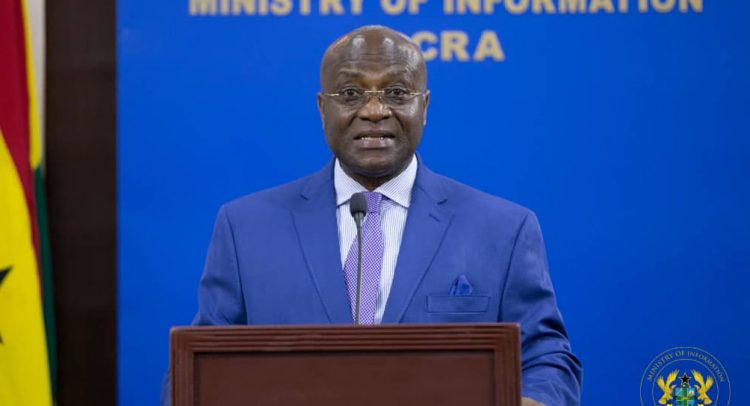 The Minister of Parliamentary Affairs, Osei Kyei-Mensah-Bonsu, who conveyed the concern of the ministry during an engagement with the leadership of standing and select committees of Parliament in the House on Wednesday, said the high attrition rate of experienced MPs is making Parliament lose its potency to check and hold the executive to effective accountability.

He has, therefore, called on the two major political parties in the country to relook at their party’s constitution and also fashion a way out to allow very experienced MPs whose contributions in Parliament cannot be questioned to go unopposed during parliamentary primaries.

According to him, there is nowhere in the world where democracy is practised 100% when it comes to electing candidates on parties’ tickets to go to Parliament, stressing that most developed countries in Europe as well as the US have systems in place to protect experienced MPs, including MPs.

The meeting was called by the ministry to help identify innovative ways of enhancing the capacity of Parliament’s committees to deliver on their core mandate and subsequently contribute to the development of the country.

The minister, who is also the Majority Leader in Parliament, said for instance that the defeat of many experienced MPs, who serve on various committees of Parliament as chairmen and vice chairmen, during the recent parliamentary primaries will definitely affect the performance of the next Parliament since new chairmen who will be appointed will have to go through new training and learn the rudiments with time at the committee levels.

He said for the House to assert its independence and become a very effective check tool, it will be prudent to appoint minority members as chairmen of some key committees that help to effectively control government expenditure like the Finance Committee, Government Assurances Committee and Appointments Committee apart from the Public Accounts Committee and Subsidiary Legislation Committee of Parliament which are chaired by opposition MPs under the current dispensation.

The ranking member of the Constitutional, Legal and Parliamentary Affairs of Parliament who is also the National Democratic Congress (NDC) Member of Parliament for Tamale Central, Inusah Fuseini, for his part, reinforced the point made by the majority leader, saying “you cannot run Parliament like buying tomatoes from the market. We need to have criteria or some benchmarks.”

He, however, said that most committees had not been performing effectively because of failure to adequately resource them for their activities and stressed the need for them to be provided with the necessary logistical and financial support to help improve their oversight work and responsibilities.