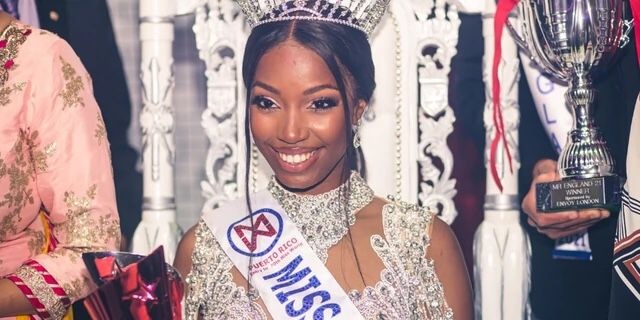 Miss England 2021, Rehema Muthamia has opened up on the racist attacks she has faced since being crowned, eight months ago.

The 26-year-old in an interview with the British tabloid, Daily Mail revealed ever since being crowned, she has been branded derogatory terms such as ‘Miss KFC’ with others questioning why a woman of colour was crowned Miss England.

“I already knew I would face racism as a Black woman in England, not in London so much but being British and Black I am conscious of the fact people will be prejudiced towards me,” Muthamia told the publication.

Muthamia, a genetics graduate from the University of Sussex and health technology consultant in practice, said due to past incidences she was prepared for all the hate.

“I have faced racism in the past and I’m aware of it happening so I was prepared for it, it’s saddening to think people are racist and prejudiced in this day and age. I accepted it for what it was, understood it must be coming from lack of understanding,” she added.

This is not the first time, she has faced racial discrimination on social media. Muthamia in 2021spoke about her experiences during an appearance on This Morning a popular British morning show.

“People were calling about me having won, telling the Miss England platform, they weren’t happy that I was a black woman… Through press that has been released and there’s been many comments, basically saying that as a black woman, I shouldn’t have won Miss England…I’m ethnically black, but I am British. And I’m so proud to be British,” she concluded.

Aside from being crowned, Muthamia also won the equivalent of Sh300,000 a wardrobe of evening and occasion wear, a photoshoot, a personalised website, luggage, and a glamour mirror for clinching the title.

Muthamia was born in the UK to Kenyan parents. She also spent part of her childhood in Kenya before moving to North West London where she grew up.